ZEE5 launches in Bangladesh with Robi | Mobile | News | Rapid TV News
By continuing to use this site you consent to the use of cookies on your device as described in our privacy policy unless you have disabled them. You can change your cookie settings at any time but parts of our site will not function correctly without them. [Close]

ZEE5 launches in Bangladesh with Robi

Bangladesh service provider Robi has announced a partnership with global multi-lingual streaming service, ZEE5 to usher in what it says will be ‘a new era’ of digital entertainment in the country. 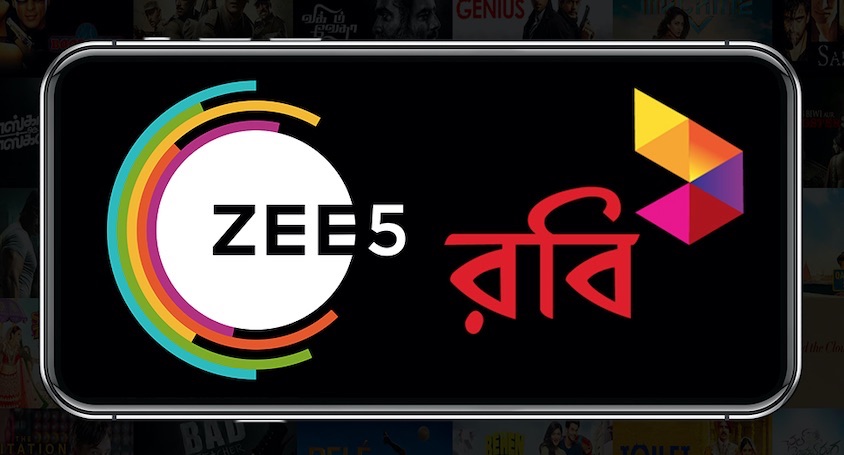 Under the terms of the deal, Robi customers, and those of Bharti Airtel — one of the partners that created Robi along with Axiata Group and NTT DoCoMo — will now have exclusive access to over 1,00,000 hours of entertainment content across 17 languages, including a Bengali content library on ZEE5. ZEE5’s library also includes more than 60 live TV channels, along with films, TV shows, health and lifestyle videos and the ZEE5 Originals pack. The bouquet also includes Bangla dubbed content for those who wish to enjoy non-Bengali entertainment.

A key focus area of the partnership between Robi and ZEE5 will be to work with Bangladeshi talent with the aim of taking their content to the VOD provider’s international audiences across over 190 countries. Additionally, Robi and ZEE5 will soon arrange a talent hunt programme to search for local Bangladeshi artistes for ZEE5’s Original shows. The details of the programme will be disclosed in due course.

Robi and Airtel subscribers can access ZEE5 in Bangladesh from five different devices at a time through 4.5G networks or through Wi-Fi, on mobile phones, tablets, laptops, desktops and smart TVs. Such customers can also access streaming without any ads as part of their ZEE5 subscriptions.

Commenting on the launch of ZEE5, Robi chief commercial officer Pradeep Shrivastava said: “Digital disruption in the entertainment sector has become predominant in the last few years and ZEE5 has emerged as the clear leader in the sub-continent. Not only are they creating some of the best original content, but they will also focus on giving our strong local talent here in Bangladesh an opportunity to get global exposure...Robi and Airtel subscribers will now be the trend setters when it comes to digital lifestyle.”