BBC scores further ratings triumph for Killing Eve | Ratings/Measurement | News | Rapid TV News
By continuing to use this site you consent to the use of cookies on your device as described in our privacy policy unless you have disabled them. You can change your cookie settings at any time but parts of our site will not function correctly without them. [Close]

Hot on the heels of breaking records during its initial run on AMC in the US, the second series of Killing Eve has now proved a similar success on the iPlayer after its debut on BBC in the UK. 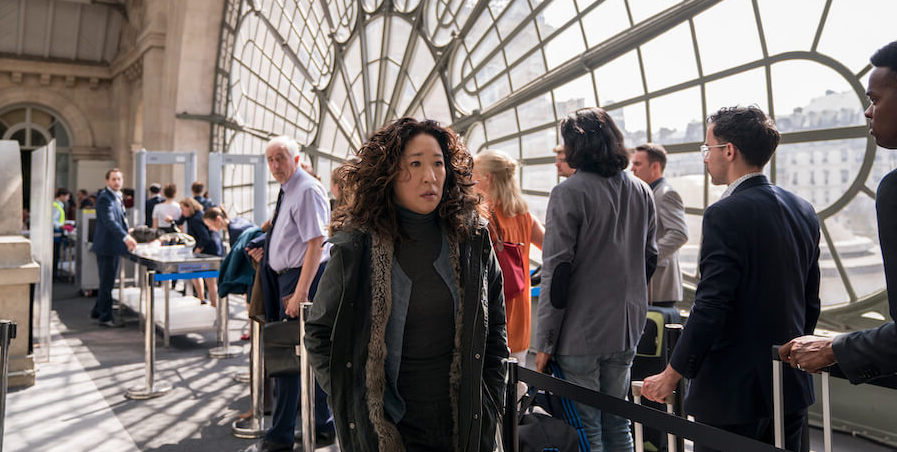 Produced by Sid Gentle Films for BBC America, Killing Eve is a story of two women, bound by a mutual obsession and one brutal act. Eve (Sandra Oh) is an MI6 operative tasked with finding Villanelle (Jodie Comer), an assassin with an eye for fashion every bit as sharp as her acumen in her day job.

The full season of Killing Eve premiered on BBC America and was simulcast on AMC on 7 April 2019. Nielsen live+7 ratings showed that compared with season 1, the series grew 87% in terms of total viewers and 78% in the key adults 25-54 demographic. Season two averaged 1.8 million viewers per episode, including 754,000 adults 25-54 and 562,000 adults 18-49. Starting with the season two premiere, new episodes were made available to AMC Premiere customers 48 hours before they appeared on linear television, generating significant usage over the course of the season said AMC. Around half of first-week viewing occurred during the pre-premiere window each week.

In the UK, episode one of the new series, which ran on flagship UK channel BBC One on Saturday 8 June, was requested 864,000 times and the box set for series two requested 2.6 million times in the first 36 hours of it being available. This was an increase of 79% compared with the series one opener. BBC iPlayer data showed that 18,000 people signed into their BBC accounts to go through the full box set and finished already the whole second series. In addition, the BBC One programme peaked with 3.7 million tuning in.

The first series of Killing Eve, which is also available on BBC iPlayer is still the BBC’s biggest ever box set, with 53 million requests since it first arrived in September 2018. On the weekend of 8/9 June 2019 alone, the first series has seen more than 676,000 requests.

“We know people loved the first series of Killing Eve and so it’s no surprise audiences have flocked to series two,” said Charlotte Moore, BBC director of content, commenting on the ratings. “The first episode of the second series is already on track to be one of our biggest episodes ever and we expect it to keep on growing. And it’s amazing to see that 18,000 people haven’t been able to stop themselves from bingeing the whole second series.”