UKTV adds comedy and entertainment to originals slate | Programming | News | Rapid TV News
By continuing to use this site you consent to the use of cookies on your device as described in our privacy policy unless you have disabled them. You can change your cookie settings at any time but parts of our site will not function correctly without them. [Close]

Leading British broadcaster UKTV has continued to grow its content roster with three new commissions for its flagship Dave and Gold channels. 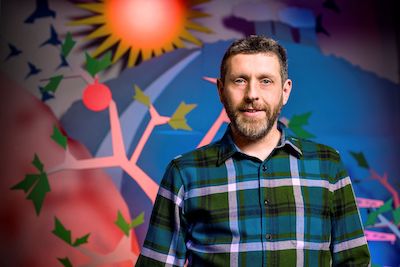 Originals have proved to be a hit for UKTV and in 2018 were the highest rating shows on six of its channels plus the UKTV Play on-demand service. The originals are said to have contributed to the network growing its 16-34 share of commercial impacts by 6% on an annual basis at the end of the first quarter of 2019.

The 6x40’ Meet The Richardsons (6x40’) stars Jon Richardson and Lucy Beaumont who co-wrote the series with Tim Reid (Car Share). The sitcom offers a fictional window into the funny and frustrated marriage of Jon and Lucy who play exaggerated versions of themselves and give a glimpse into their home and work lives, surrounded by their celebrity friends.

Stand-up comedian Dave Gorman returns to UKTV with a new 8x60’show in which he will be joined by three comedy guests as they cast their eye over his latest modern world discoveries, compete in mischievous games and generally try to unscramble the baffling morass of non-stop information that surrounds us in the internet age.

Dial M for Middlesbrough (1x120’) is the sequel to the hit shows Murder on the Blackpool Express and Death on the Tyne and will feature an all-star cast in a brand-new comedy caper. Murder on the Blackpool Express was the most watched show ever on Gold with 1.8 million viewers tuning in during the first week, measured in terms of total consumption figures for individuals. 2018 sequel Death on the Tyne was watched by 1.1million viewers during its first week.

“The latest crop of UKTV Originals demonstrates our commitment to finding and backing the very best talent both in front of and behind the camera,” said UKTV director of commissioning Richard Watsham. “Our indie partners continue to help us raise the quality and ambition of our shows across more genres. These new series span both feature length and half hour scripted comedy as well as an evolution of one of Dave’s most watched comedy entertainment shows, from the brilliant mind of Dave Gorman. And with our future position as part of BBC Studios, I’m particularly excited about the opportunities to grow our UKTV Originals slate further going forwards.”