TVNZ upgrades newsgathering with LiveU HEVC tech | Infrastructure | News | Rapid TV News
By continuing to use this site you consent to the use of cookies on your device as described in our privacy policy unless you have disabled them. You can change your cookie settings at any time but parts of our site will not function correctly without them. [Close] 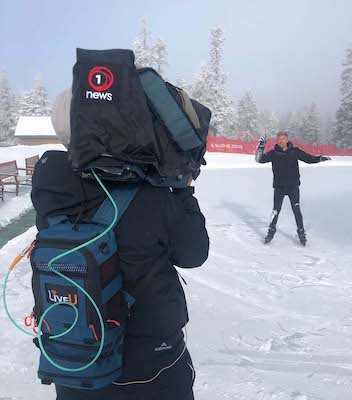 The NZ broadcaster has been using LiveU technology since 2015 with multiple units deployed around the country as well as in New York, London and Sydney. The units have been used for all major news and sports events, including royal and state visits, covering political campaigns and elections, as well as the 2018 Commonwealth Games in Sydney, Rio Summer Games in 2016, and the yellow vest protests in France.

The upgraded technology will see use for domestic and international live news and sports coverage on TV and across TVNZ’s online platforms. It comes in time for this September’s Rugby World Cup in Japan where multiple LiveU units will see use covering action around the games and even serve as disaster recovery backups for the fibre transmission of the games themselves. The deployment will be overseen by Pacific Live Media, LiveU’s long-term partner in the region, which will provide ongoing service and support.

TVNZ said that deploying LiveU has completely changed its business, enabling it to cover stories with no need for SNG trucks. “We had been interested in the technology for some time, but it really came to a head before the 2015 Rugby World Cup in England,” explained Andrew Fernie, general manager of operations, news and current affairs for TVNZ.

“After testing the equipment, we were impressed by LiveU’s LU200 small-form factor, ease of use and video quality and started spreading the units across the country. The catalyst for the major growth in pushing these units out were the changes we made to the newsgathering and news operations teams across the entire country. In 2017, we introduced a centralised editing model, taking all the contribution servers and combining them into a main content and production server in our main newsroom in Auckland. This meant that all the content could be streamed or sent via store and forward into the main server; we could then get all the content out to our linear and digital channels almost immediately.”