Nigeria’s FTA broadcasters land FIFA TV rights deal | Deals | News | Rapid TV News
By continuing to use this site you consent to the use of cookies on your device as described in our privacy policy unless you have disabled them. You can change your cookie settings at any time but parts of our site will not function correctly without them. [Close]

The Broadcasting Organisations of Nigeria (BON) have together agreed a free-to-air (FTA) licensee agreement with world football’s governing body FIFA for its tournament coverage on terrestrial TV. 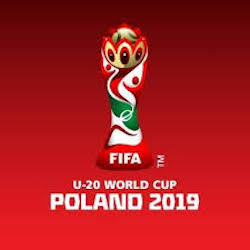 The terms agreed by the partnership will be cheaper than previous individually arranged rights deals and be in operation over the long term, said acting chairman of BON, Godfrey Ohuabunwa.

Under the terms of the deal, BON partner networks will be able to broadcast all FIFA football tournaments, including the U-20 World Cup in Poland which concludes on 15 June.

Downlinking issues will delay coverage of Nigeria’s Super Falcons in the FIFA Women’s World Cup in France , added Ohuabunwa. However, BON partners will bring coverage of the FIFA U-17 World Cup in Brazil and the Beach Soccer World Cup in Paraguay to an estimated 60 million Nigerian viewers later in 2019.

"The rights cost is one-tenth of what it would have cost us if individual stations went to FIFA. So, we can say we've got the rights very, very reasonably; a reasonable price that will not only be reasonable to us, but enable us to make profit. The good thing is that we have broken the ice and I think it is a welcome development that today we are dealing directly with FIFA," said BON’s Godfrey Ohuabunwa.

No deal has yet been reached with with Africa’s footballing body CAF for the coverage of the African Cup of Nations being held in Egypt later this month, he added.