Bengali children’s channel set to launch in India | Programming | News | Rapid TV News
By continuing to use this site you consent to the use of cookies on your device as described in our privacy policy unless you have disabled them. You can change your cookie settings at any time but parts of our site will not function correctly without them. [Close]

Rongeen TV, a Bengali children’s TV channel, is readying for launch on the evening of 12 June. 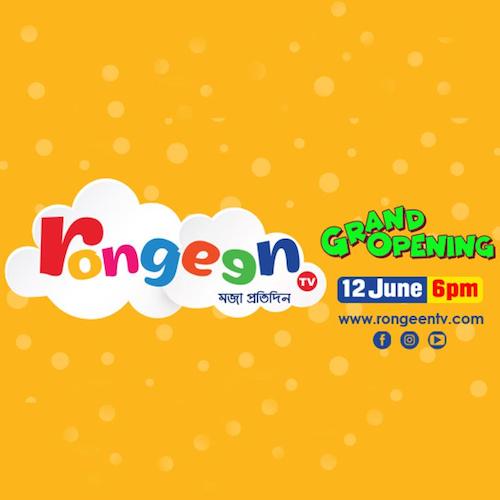 The channel, conducting test transmissions currently, will broadcast free-to-air from Insat 4a satellite, located at 83 degrees East, according to local publication Indian Television.

Before Rongeen TV, Sony Yay  has been the only children’s channel in India to broadcast with a Bengali audio feed.

In 2017, audience measurement organisation BARC India found 13% of children aged between 2 and 14 watched children’s TV channels, while the remaining 87% viewed content on general entertainment or movie channels. The latter, in part, was a consequence of so many households having only one television set.

By 2018, time spent by children in India watching kids’ channels had increased to 20%.

The drive to localising content in India across all genres has seen an increase in local language feeds for children’s channels. Last year, for example, Turner India’s introduced its channel Cartoon Network HD+ with Hindi, Tamil and Telugu feeds along with English.