Court curtails Africa Independent Television ban in Nigeria | Major Businesses | Business
By continuing to use this site you consent to the use of cookies on your device as described in our privacy policy unless you have disabled them. You can change your cookie settings at any time but parts of our site will not function correctly without them. [Close]

Controversy reigns in Nigeria where a Federal Court ruling has acted against a government ruling to take Daar Communications’ Africa Independent Television (AIT) and Raypower broadcast stations off screens. 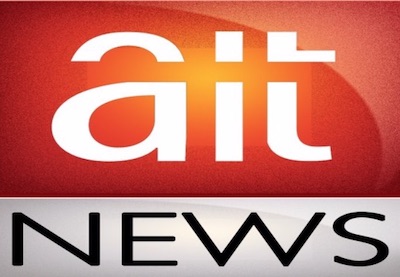 The Nigeria Broadcasting Commission (NBC) suspended the licences of the two stations on 6 June after what it said were reports and complaints from ‘concerned Nigerians’ about broadcast content over the last two years particularly on the Political Platform and Kakaaki programmes which aired on AIT.

The commission expressed its disappointment with the way and manner what it called ‘hate speech, divisive and inciting comments’ had been transmitted in discussion of national issues in breach of the provisions of the NBC Act and Broadcast Code.

The shutdown order on 6 June followed after AIT/Rapower embarked on what the NBC called ‘inflammatory, divisive, inciting broadcasts, and media propaganda’ against the Nigerian government and, the NBC for performing its statutory functions of regulating the broadcast industry in country. AIT/Rapower has long been aligned with the official opposition to the current Nigerian government.

However, a Nigerian Federal High Court has now ruled the NBC’s order to be rescinded until 13 June and as a consequence the stations Africa Independent Television (AIT) and Raypower are back on air.