UKTV Play lands on Apple TV | VOD | News | Rapid TV News
By continuing to use this site you consent to the use of cookies on your device as described in our privacy policy unless you have disabled them. You can change your cookie settings at any time but parts of our site will not function correctly without them. [Close]

Aiming to continue to beef up the portfolio of its growing TV app, Apple TV has added the increasingly popular UKTV Play on-demand service to its bouquet. 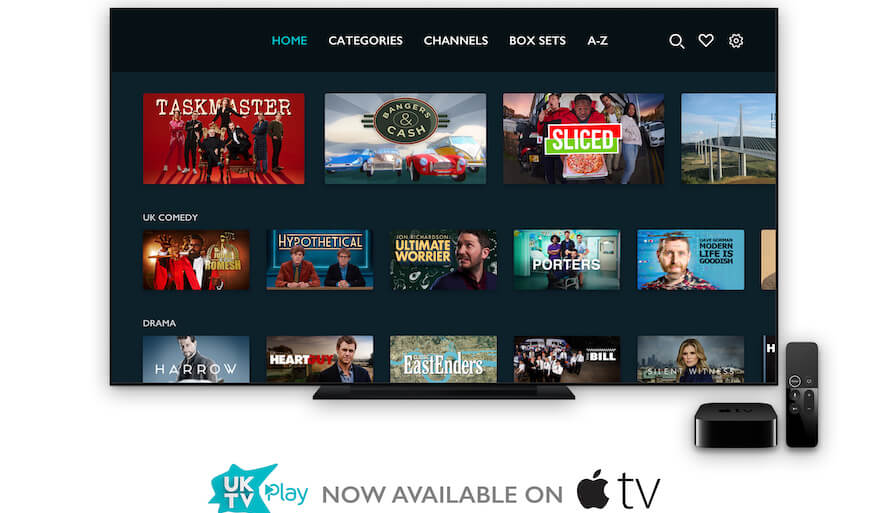 UKTV Play offers a personalised selection of shows, box sets and collections from across the British broadcaster’s selection of free-to-air channels such as Dave, Yesterday, Really, Drama and Home. The app also allows viewers to pause on one device and resume on another. Shows include Emmy- and BAFTA -nominated original Taskmaster, the most watched show on UKTV Play in 2018, brand new scripted comedy Sliced and every episode from Yesterday's charming car auctioning show, Bangers and Cash. A new series of UKTV original Judge Romesh (the second most watched show on UKTV Play last year) is also available.

The service will be integrated with the all-new Apple TV app the all-new Apple TV app which offers Apple TV channels, personalised recommendations and over 100,000 iTunes films and TV shows, including what is claimed to be the largest collection of 4K HDR titles to browse, buy or rent. In autumn 2019, the app will offer Apple TV+, Apple’s original video subscription service.

“Customers have been asking us to bring UKTV Play to Apple TV so I’m thrilled that they can now enjoy the seamless and brilliant viewing experience that the platform delivers,” remarked UKTV www.uktv.co.uk
Play general manager Tom Davidson. “With thousands of hours of TV, exclusive previews and box-sets on offer, there’s truly something for everyone on UKTV Play, and by bringing it to the popular Apple TV platform, our extensive supply of entertaining TV is now even more accessible."
Tweet