MarVista appoints physical production team | Programming | News | Rapid TV News
By continuing to use this site you consent to the use of cookies on your device as described in our privacy policy unless you have disabled them. You can change your cookie settings at any time but parts of our site will not function correctly without them. [Close]

MarVista Entertainment has appointed a trio of executives in the recently formed Physical Production division, led by Jennifer Westin promoted to SVP. 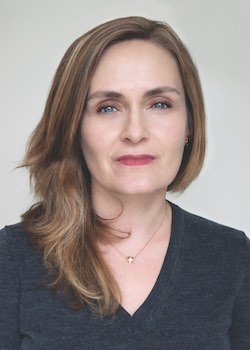 In her new role, Westin will lead the physical production team, building on MarVista’s growth of original films, series and other forms of entertainment content for worldwide content platform partners. She will also oversee production finance and post-production.

MarVista’s physical production division currently has a slate of more than 60 movies shot around the globe in 2019.

“With the significant increase of our development and production pipeline over the past few years, it’s crucial for us to create a physical production division in support of our rapid expansion,” said Fernando Szew, CEO, MarVista.

“With Jennifer leading the team, we are in a position to provide efficient, cost-effective, centralised and superior levels of service to both the creative community and content platforms worldwide. And we are intentionally setting MarVista up for ongoing growth, expanding our physical production footprint around the world. International and cross-border productions is an area of growth for us and it has started to take shape through our strategic partnerships with Neshama Entertainment in Canada and Hemisphere Media Group in Latin America.”

Prior to joining MarVista in 2017 as VP, Production, Westin (pictured) served as an independent producer for content featured at festivals such as Sundance, London and Tribeca, including MarVista’s Maggie Kiley-directed Caught, which premiered at the Los Angeles Film Festival and stars Anna Camp; the dark comedy The Big Ask, starring Gillian Jacobs, Melanie Lynsey and Jason Ritter; and the ensemble comedy Mutual Friends. Westin was also a Fellow in the Film Independent Producers Lab and the Berlinale Talent Project Market.