Christina on the Coast sees second-episode ratings bump | Ratings/Measurement | News | Rapid TV News
By continuing to use this site you consent to the use of cookies on your device as described in our privacy policy unless you have disabled them. You can change your cookie settings at any time but parts of our site will not function correctly without them. [Close]

During its second outing last week on HGTV in the US, Christina on the Coast saw a 17% increase in ratings over the previous week’s episode. 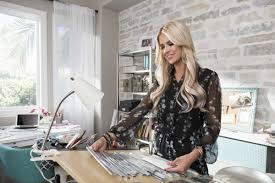 Christina on the Coast showcases HGTV’s focus on renovation. It highlights Christina Anstead as she gives clients luxe spaces filled with distinctive design elements and Southern California style. Christina starts each episode cruising along the Pacific Coast Highway in a top-down convertible, celebrating a new life that started with her engagement and wedding to Ant Anstead, star of the MotorTrend series Wheeler Dealers. The series also features the couple’s search to find a perfect home for their growing family.

The second episode of the show delivered a .74 live plus three-day rating among persons 25-54, according to Nielsen. That helped HGTV rank as the No 1 network in all of cable for the night among persons and women 25-54. It also ranked as the No 2 cable programme among those demographics in its timeslot and attracted more than 3 million total viewers.

From 24 May to 1 June, the premiere episode of Christina on the Coast was also the most streamed episode on the HGTV app. A before and after clip posted from the latest episode generated more than 360,000 video views across HGTV’s Facebook, Instagram and Twitter accounts, the network said.