DocuBay inks deals with Kwanza and Journeyman Pictures | Deals | News | Rapid TV News
By continuing to use this site you consent to the use of cookies on your device as described in our privacy policy unless you have disabled them. You can change your cookie settings at any time but parts of our site will not function correctly without them. [Close]

Premium VOD documentary service DocuBay has announced two acquisition deals with distributors - one with Franceís Kwanza and the other with the UK’s Journeyman Pictures. 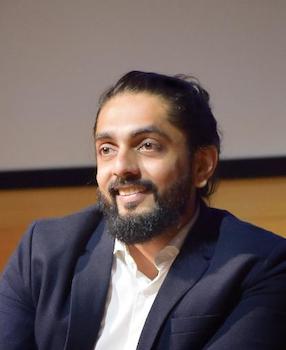 As part of the agreement , which is due to be launched globally by IN10 Media Group later this year, Docubay will acquire a range of award-winning and award-nominated features which will all be available with English subtitles.

Notable titles from Kwanza include Himalayan Gold Rush, directed by Eric Valli, about Nepalese villagers embarking on a dangerous trek through the Himalayas in search of a fungus that is said to be worth its weight in gold; and Deeper, which follows the story of Pascal Bernabe on his record-breaking deep ocean dive.

Journeyman Pictures titles include PlayMe Burlesque, a feature about the resurgence of the art of burlesque in NYC; Moonwalk One, about the Apollo 11 moon landing, digitally remastered from the 1970 original; and Sealers: One Last Hunt, which follows a motley crew of seal hunters who aim to keep an ancient, but increasingly controversial Norwegian tradition alive.

“We are eager for DocuBay to launch in Q2, and to share our passion for rich, compelling human stories that unite us,” said Akul Tripathi, COO of DocuBay (pictured). “Our mission of delivering a vertical, premium service that features excellent documentary films to consumers globally is furthered through our partnerships with exceptional international content distributors like Kwanza and Journeyman Pictures.”