Genius brings Stan Lee series to life with Arnold Schwarzenegger | Programming | News | Rapid TV News
By continuing to use this site you consent to the use of cookies on your device as described in our privacy policy unless you have disabled them. You can change your cookie settings at any time but parts of our site will not function correctly without them. [Close] 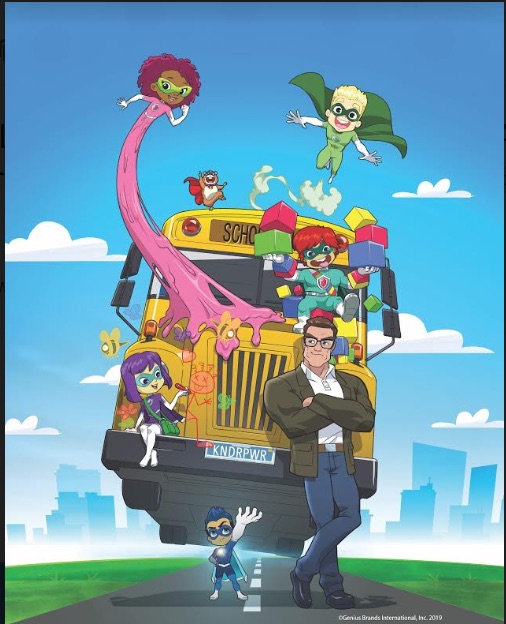 Created by the Marvel Comics legend as his last project, the series is a co-production between Genius Brands , Stan Lee’s POW! Entertainment and Schwarzenegger’s Oak Productions. Schwarzenegger, who also serves as executive producer, lends his voice as the lead character

“It is an honour and privilege to work with Genius Brands and POW! Entertainment on this new series and help carry on Stan's creative legacy by introducing this new group of superheroes to preschool children around the world,” said Schwarzenegger. “Not only does Stan Lee's Superhero Kindergarten feature comedy and action, but there are many valuable lessons to be learned along the way. Of particular pride to me is the fact that I am not only teaching kids to use their superpowers, but I am also imparting valuable lessons to kids worldwide about the importance of health, exercise and nutrition.”

The premise of the show fits in with Genius’ brand  of kids’ empowerment: Many years ago, Arnold Armstrong (Schwarzenegger) was just an average gym teacher who acquired incredible superpowers when the earth passed through the ionic dust left in the wake of a mysterious comet. As a result, Arnold transformed into Captain Courage, one of the earth's greatest protectors.