Mr Marvel launches bitcoin strategy for film financing | Major Businesses | Business | News | Rapid TV News
By continuing to use this site you consent to the use of cookies on your device as described in our privacy policy unless you have disabled them. You can change your cookie settings at any time but parts of our site will not function correctly without them. [Close]

The man who takes much credit for the creation of the Marvel Cinematic Universe (MCU), Ryan Kavanaugh, is bringing his Hollywood clout to open up film financing to the little guy. 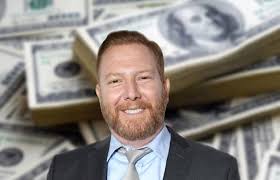 Kavanaugh and his executive team have been responsible for more than 200 films, with a combined box office of $17 billion. Productions include the Fast and the Furious, the Girl with Dragon Tattoo, the Social Network, Mamma Mia!, 3:10 to Yuma, Grown Ups, Dear John and more. He also brokered an innovative finance deal for Marvel Studios, which led to the creation of the MCU – earning the gratitude of millions of Spider-Man, iron Man and Avengers fans everywhere.

He’s now launched Proxicoin, with backing from VC firms Step Ventures and the Central Wealth Investment Fund of Hong Kong, which utilises Ethereum blockchain technology to provide a way for everyday investors to chip in on film and television financing.

Using a security token that will be listed and traded on Asian cryptocurrency exchange Fusang, investors will gain fractional ownership of media projects. Also in the works is a trading platform for token holders called Entertainment Stock X (ESX), which will help individual film and television projects raise funds via IPOs. It’s expected to launch by the end of the year.

“ESX currently has deals for listings on over 30 major feature film projects and is expected to have a significant share of the 600 major films and television shows shot annually,” the company said in a media statement.

Vincent Tse, CEO of Step Ventures, added that "This is a game-changing moment for the entertainment industry. Proxicoin makes a highly sought-after financial product available to many individual and smaller investors. Film, as an asset class, is traditionally uncorrelated to capital markets and has been a competitive and sought-after asset class among the large hedge funds and banks.”