Nickelodeon switches on Spotlight for fourth series | Programming | News | Rapid TV News
By continuing to use this site you consent to the use of cookies on your device as described in our privacy policy unless you have disabled them. You can change your cookie settings at any time but parts of our site will not function correctly without them. [Close]

In what will be a delight to its loyal army of teenagers, Viacom’s Nickelodeon has commissioned a new series of popular multimedia children's series Spotlight from UFA Serial Drama. 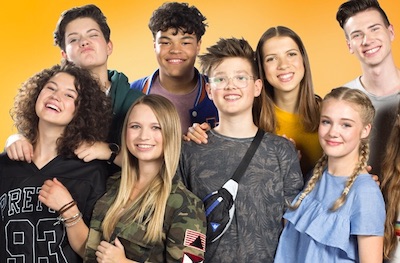 Spotlight follows the life of a group of teenagers at the fictitious Berlin School of Arts, where artistic training is provided alongside a normal school education. Spotlight is a contract production for Nickelodeon, edited by Ulrike Lehmann (Nickelodeon). Like previous series, the new season will comprise 93 episodes, which will air on Nick and, from autumn 2019 onwards, also on Nick.de. Shooting of the series will start on 15 July 2019.

The new season, like its predecessors, will be produced by Helga Löbel. The line producer is Claudia Danne and the junior producer is Jasmin Schelling. For the new series of Spotlight, once again the focus will be on pursuing a cross-media approach, making use of social media platforms YouTube, Instagram and TikTok.

“For us, the fact that this is already the fourth season of Spotlight is proof enough that the programme has really struck a chord with this generation,” commented Steffen Kottkamp, director brand kids and family GSA at Viacom International Media Networks. “Kids are still keen to follow the stories of our protagonists – and to do so on all platforms, and that's precisely what makes the show a recipe for success. Together with UFA, we've succeeded in transferring fictitious worlds into the real-life experiences of young viewers that extend far beyond linear television. Every day, new followers are joining the social media platforms – and just like them we're really looking forward to season 4.”

UFA Serial Drama producer Helga Löbel added: “In the TV market for this target group, which is particularly tough, the success story of Spotlight is truly sensational. It's also the result of exemplary and extremely trusting cooperation with the contracting channel. This is the only way of arriving at a production model that makes the children's programme both financially affordable and successful.”