Media companies have margins squeezed but continue optimism | Media Analysis | Business
By continuing to use this site you consent to the use of cookies on your device as described in our privacy policy unless you have disabled them. You can change your cookie settings at any time but parts of our site will not function correctly without them. [Close]

The latest Buying Trends Report from IABM has found that new competitive pressures are ratcheting up the drive for efficiency and multi-platform delivery among media firms. 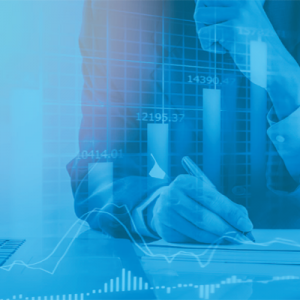 The report analyses the financial performance of media companies for the six months to December 2018 and qualitative analysis based on pre-NAB Show 2019 buying trends survey data. It found that revenue growth has improved from 5.3% to 9.3% while profit growth remains negative at -2.4% - slightly up from -2.6% reported for the first half of 2018.

IABM discovered that the traditional advertising and subscriptions-based business models continue to be under competitive pressure from new media and its wide range of direct-to-consumer (DTC) offerings. The research also noted that while profits are declining across all organisation types, the advertising model is under more pressure than that of pay-TV.

Yet despite everything, confidence remained strong among media companies with 78% of respondents saying that they were positive about the business environment despite the enormous changes affecting the industry. That said this was 5 percentage points lower than in the previous report. In addition 25% reported that their companies still derive more than 80% of their revenues from traditional broadcast operations, although most expect this to reduce over the coming years.

The survey results also showed that technology users are focusing on solutions that make them more efficient, agile and interoperable. In order to do that, they are spending more money on generic IT technology and increasingly investing in in-house development to suit their specific needs. Efficiency remained the most important driver of product purchase, followed by interoperability and agility. Changing priorities have translated into a shift in technology spending that prioritises Opex over Capex.

While IP and cloud adoption are already strong, promising technologies such as AI remain emerging trends, according to the data. Blockchain adoption remained at a very early stage with an adoption rate of only 3% and investment in virtual reality stayed subdued and gave no indication of increasing significantly over the next six months.

By contrast, multi-platform content delivery was the most important priority for technology users, followed by 4K/Ultra HD. The rise of the latter to the second most important priority was consistent with a general upward trend in 4K/UHD adoption recognised by IABM and spending in the market and the increased investment in premium content by new media operators.

“These results show that the demand side of the industry continues to go through a radical shift, with changing revenue models influencing the trends in media technology investment,” said IABM head of insight and analysis Lorenzo Zanni. “Although technology investment has shifted to new priorities, technology has never been so key to driving business success in the multi-platform world. Buyers’ continued adoption of new technologies requires suppliers to move to new business models centred on the flexible provision of software. With change, the future is bright as greater investment is poured into content.”