Liverpool-Barça Champions League semi-final sets ratings records in US | Ratings/Measurement | News | Rapid TV News
By continuing to use this site you consent to the use of cookies on your device as described in our privacy policy unless you have disabled them. You can change your cookie settings at any time but parts of our site will not function correctly without them. [Close]

Univision Deportes saw record-breaking ratings in the US for its telecast of the UEFA Champions League (UCL) semi-final round, according to data from Nielsen. 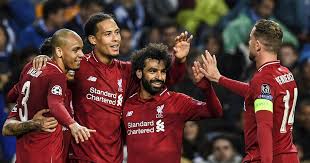 The four matches, simulcast on Univision Network and Univision Deportes Network (UDN), delivered an average of 705,000 Total Viewers 2+, attracting the largest audience ever for a UCL semifinal round, regardless of television network or language. The performance marked the first time Spanish-language telecasts of the semifinals out-performed the English-language telecasts among Total Viewers 2+ (+18%) since 2013.

The semis were highlighted by the thrilling FC Barcelona-Liverpool FC matchup, which delivered the top two most-watched UCL semifinal contests of all-time in Total Viewers 2+.

Airing Tuesday, 7 May, the second and decisive leg was the most-watched UCL semifinal contest in US television history - on any network and in any language - averaging 797,000 Total Viewers 2+ on Univision and UDN.

The delivery bested TNT’s broadcast of the match by +12% among Total Viewers 2+. Meanwhile, Liverpool-Barcelona’s semifinal match on Wednesday, May 1 averaged 789,000 Total Viewers 2+ on Univision and UDN, +16% over TNT’s telecast.

Liverpool and Tottenham will face off in the UEFA Champions League final on 1 June.