Image Nation, MBC, Vox Cinemas create one-stop shop for Arabic TV, film | Programming | News | Rapid TV News
By continuing to use this site you consent to the use of cookies on your device as described in our privacy policy unless you have disabled them. You can change your cookie settings at any time but parts of our site will not function correctly without them. [Close]

Image Nation Abu Dhabi and MBC Studios are teaming up with Majid Al Futtaim’s VOX Cinemas, to deliver TV and film content from inception to distribution across the Middle East. 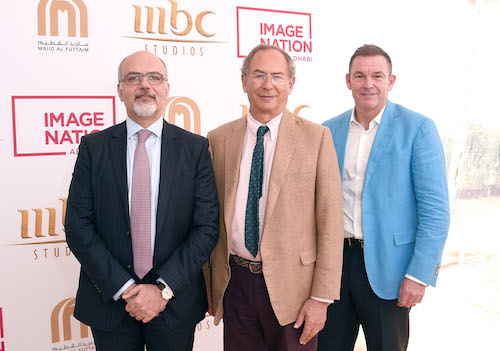 The partnership will green light several projects each year, and will initially focus on content from Saudi Arabia, UAE and Egypt. The first project, a film called Three Four Eternity, has started production. A vampire family drama, produced by Mohamed Hefzy (Clash, Sheikh Jackson) under his company Film Clinic, it will be the directorial debut for the film’s writer, Rami Yasin (The Worthy, Zinzana).

HWJN which is currently in development, is the feature film adaptation of the bestselling Saudi Arabian novel from author Ibrahim Abbas about a devout God-fearing Jinn who forges a special bond with a talented female medical student.

Majid Al Futtaim’s cinema arm, VOX Cinemas’ regional footprint features over 400 screens in eight countries including Saudi Arabia where it opened the Kingdom’s first multiplex in April 2018. By 2023, it plans to operate over 1000 screens across the GCC, including 600 screens in Saudi Arabia.

"We want to create premium Arabic language feature film content from across the Middle East to connect with audiences in the region and internationally. This partnership, in essence, creates a fully integrated studio.”

Ben Ross, chief content officer at Image Nation Abu Dhabi added:“This region has infinitely talented writers and filmmakers wanting to tell their stories, as well as a sophisticated consumer audience that craves locally made content that resonates with them.

“This partnership will have a significant impact on the scale and ambition of the region’s industries, enabling more creatives to bring their ideas to life and deliver the content that audiences want to see. The trio of companies will facilitate the creative process at every step of a project’s development.”

The move extends the tie-up between Image Nation and MBC’s 03 production arm announced a year ago.