Top US TV providers lose a record 1.3MN subscribers in Q1 | Media Analysis | Business | News | Rapid TV News
By continuing to use this site you consent to the use of cookies on your device as described in our privacy policy unless you have disabled them. You can change your cookie settings at any time but parts of our site will not function correctly without them. [Close]

The largest pay-TV providers in the US. – representing about 95% of the market – lost about 1,325,000 net video subscribers in 1Q 2019, according to Leichtman Research Group (LRG). 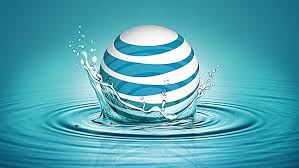 The analyst firm said those numbers were significantly up from a pro forma net loss of about 305,000 subscribers in 1Q 2018.

Satellite TV services lost about 810,000 subscribers in 1Q 2019, compared to a net loss of about 375,000 a year before; those net losses were more than in any previous quarter, marking the fourth consecutive quarter of record net losses for the sector.

“Overall, the top pay-TV providers had a net loss about 1,325,000 subscribers in 1Q 2019,” said Bruce Leichtman, president and principal analyst for LRG. “1Q 2019 was the third consecutive quarter of record pay-TV net losses. This accelerated downturn in the pay-TV market coincided with the decisions by AT&T and other providers to increasingly focus on long-term profitability when acquiring and retaining subscribers.”