Amazon Prime to carry Star Trek with Picard outside the US | Deals | News | Rapid TV News
By continuing to use this site you consent to the use of cookies on your device as described in our privacy policy unless you have disabled them. You can change your cookie settings at any time but parts of our site will not function correctly without them. [Close]

Amazon Prime to carry Star Trek with Picard outside the US

Amazon Prime Video will be the exclusive streaming home of a new untitled Star Trek series, featuring Patrick Stewart reprising his role as Capt Jean-Luc Picard character, in more than 200 countries and territories outside of the US and Canada. 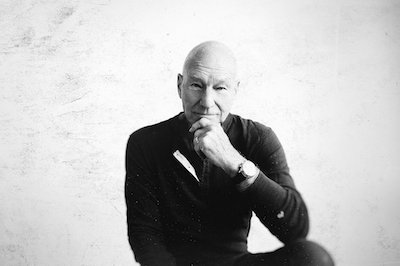 Under the multi-year agreement with CBS, each episode will be available on Amazon Prime Video within 24 hours of its US premiere on CBS All Access.

“We’re thrilled to partner with CBS to bring the newest edition of the storied Star Trek franchise to our international Amazon Prime Video customers,” said Brad Beale, VP, Worldwide Content Licensing, Amazon Prime Video. “With the incredible Sir Patrick Stewart returning as the beloved Jean-Luc Picard, we’re excited we can give Trek fans both old and new the opportunity to see him back in action. It’s a terrific addition to our already robust catalogue of exclusive Amazon Prime Video content.”

“For 50 years, the Star Trek series have been a global sensation, spanning generations and audiences of all ages. It’s an honour to welcome Sir Patrick Stewart back for what is sure to be another world-class extension of the historic franchise,” said Armando Nuñez, president and CEO, CBS Global Distribution Group.

“We look forward to working with the team at Amazon Prime Video to bring this next chapter of the incredible Star Trek franchise to its passionate international fan base.”