Cate Blanchett-helmed TV series Stateless set for production | Programming | News | Rapid TV News
By continuing to use this site you consent to the use of cookies on your device as described in our privacy policy unless you have disabled them. You can change your cookie settings at any time but parts of our site will not function correctly without them. [Close]

Australian star-studded drama series Stateless, starring, co-created and executive produced by Cate Blanchett, is set for production for the ABC and Screen Australia. 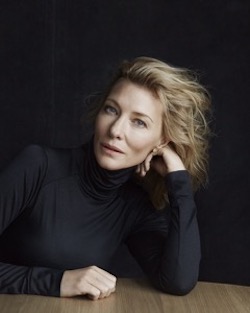 The six part series, which also stars Dominic West and Yvonne Strahovski, is a collaboration with Matchboox Pictures and Dirty Films, owned by Blanchett and her husband Andrew Upton. Other cast members include Jai Courtney, Asher Keddie, Fayssal Bazzi, and Rachel House.

Stateless is a drama about four people caught up in an immigration system that profoundly affects their lives. Each character deals with the contradictions of protection and border control from a unique perspective, offering relevant and timely insight into issues that countries are grappling with around the world.

The story, inspired by real events, focuses on four strangers in an immigration detention centre in the Australian desert. They are an airline hostess escaping a suburban cult, an Afghan refugee fleeing persecution, a young Australian father escaping a dead-end job and a bureaucrat caught-up in a national scandal. When their lives intersect they are pushed to the brink of sanity, yet unlikely and profound emotional connections are made amongst the group.

“We have assembled the most extraordinary array of Australian talent to make this show, both in front of and behind the camera. In each case, people were drawn to Stateless because it asks one of the most vexing questions of our times – how do we as a nation maintain control of our sovereign borders whilst retaining our own humanity?” said Tony Ayres, co-creator and executive producer.

Co-creator, executive producer and actor Cate Blanchett added: “Whilst this story centres on Australia, the dilemmas that it explores through four absorbing characters will resonate globally: the desire for personal freedom, the need for social stability, an escalating lack of faith in the political process and the deeply unsettling impact this has on individual lives.”

Production on the drama, which has been created by an all-female writing and directing team, begins in South Australia in June. It will be based at Adelaide Studios. It is written by co-creator Elise McCredie and Belinda Chayko and will be directed by Emma Freeman and Jocelyn Moorhouse.

Sally Riley, head of scripted production at the ABC said: “The ABC is proud to be collaborating with such a high calibre of homegrown talent to create this thought-provoking, ambitious and gripping series that is sure to connect with Australians and audiences around the world.”

The series will be distributed worldwide by NBCUniversal International Distribution.