UK Government confirms it is “pursuing” beoutQ piracy issue with Saudi authorities | Broadcast | News | Rapid TV News
By continuing to use this site you consent to the use of cookies on your device as described in our privacy policy unless you have disabled them. You can change your cookie settings at any time but parts of our site will not function correctly without them. [Close]

“A robust attack” on pirate TV network beoutQ has been called for by a Committee of UK MPs, after it disclosed content from 100 UK based TV channels is being stolen by the operation. 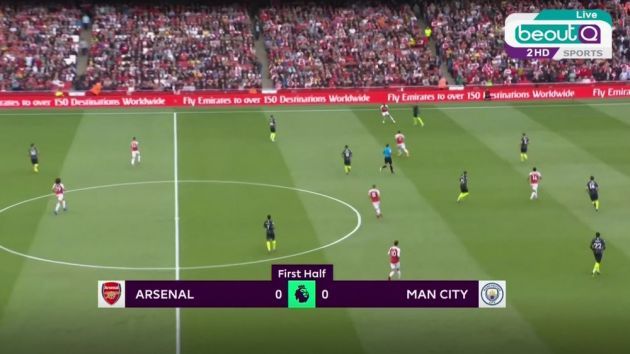 The theft of intellectual property by the Saudi Arabia-based illegal operation is affecting the BBC, ITV, Channel 4, Channel 5 and Sky, as well as England’s top flight football organisation, the Premier League, said Giles Watling, a member of the Digital, Culture, Media and Sport (DCMS) Select Committee.

In response to questions, Jeremy Wright QC, DCMS Secretary of State, confirmed that a number of UK government departments are “pursuing this matter” and “the [UK] embassy in Riyadh is speaking to the Saudis on this subject”.

The Secretary of State added: “If we want to see good quality sport, we have to make sure that people are able to protect those rights so they can carry on delivering it to us; and those that are seeking to undermine those rights of course undermine that process. So that’s why we take an interest, it’s why we understand and sympathise with the concerns the Premier League  and others have expressed and as I say there is activity underway.”

Chairman of the DCMS Committee, Damian Collins MP, said “the issue of beoutQ is straightforward piracy”. He questioned whether the Government was taking appropriate independent action, adding: “I’d be slightly concerned if our interest in this issue, and addressing it, is being balanced with other trade interests in the region”.

The UK concern follows the publication of two major reports by the US Government – the 2019 Special 301 Report and the 2018 Notorious Markets List – that condemned and called for an end to the beoutQ piracy operation. In addition, last month Charles Rivkin, chairman and CEO of the Motion Picture Association of America (MPAA , highlighted beoutQ as a rogue illegal operation which is damaging Hollywood and impacting content creators around the world.

Qatar-based beIN Media holds the Middle East and North Africa (MENA) rights to broadcast Premier League football, among other content stolen by beoutQ and illegally distributed across the region.

“This latest development in the global fight against beoutQ is hugely significant, as it represents a critically important call from a Parliamentary Committee of MPs for the UK Government to intervene with the Saudi Government to stop the continued daily theft of valuable UK brands,” said Yousef Al-Obaidly, beIN Media’s CEO.

“With the US Government and European Commission also fully aware of the matter and the World Trade Organisation having established a dispute settlement panel to investigate it, the weight of the international community is coming to bear on Saudi Arabia to stop breaking the rule of law and to end its safe haven for piracy that has now spread across the Middle East, UK, Europe, the US and around the world.”