Netflix to stream K-drama Vagabond | Programming | News | Rapid TV News
By continuing to use this site you consent to the use of cookies on your device as described in our privacy policy unless you have disabled them. You can change your cookie settings at any time but parts of our site will not function correctly without them. [Close]

Video streaming giant Netflix is to launch Korean spy drama Vagabond around the world in September. 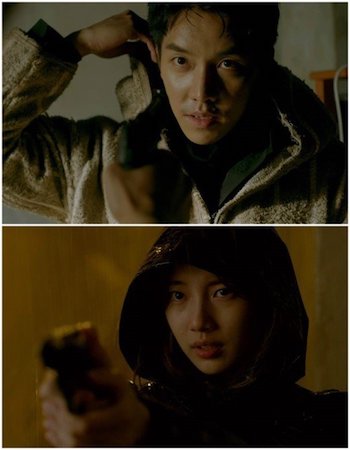 Starring former K-pop stars Lee Seung-gi (The King 2 Hearts, A Korean Odyssey) and Bae Suzy (Architecture 101, While You Were Sleeping), the SBS series will be exclusively distributed by Netflix outside of Korea. Lee and Bae last starred opposite each other in 2013’s Gu Family Book.

Vagabond is a story about a stuntman Cha Dal-geon (Lee Seung-gi), who gets involved in a tragic airplane crash and ends up discovering a national corruption scandal in the process. Bae Suzy plays Go Hae-ri, the oldest daughter of a deceased marine, who decides to work for the National Intelligence Service as a secret ops agent in order to support her mother and younger siblings, although all she wanted to do was to become an ordinary civil servant.

The series is directed by Yoo In-shik (Mrs Cop, Romantic Doctor Teacher Kim) and co-written by Jang Young-chul and Jung Kyung-soon, in their fourth collaboration. It is produced by production and artist management company Celltrion Entertainment.

“We are delighted at the prospect of Vagabond being able to showcase the premium quality of Korean content to a global audience, as K-drama fans from around the world will be able to watch the show exclusively on Netflix,” said Park Jae-sam, CEO, Celltrion Entertainment.

Don Kang, director of Korean content acquisition at Netflix added: “We are so thrilled to announce Vagabond's launch on Netflix. This title has a lot to offer, which I believe will definitely generate viewer excitement. Its production quality is top notch, and it's packed with detailed cinematic action scenes and impressive VFX”.