ITV inks deal for Catchpoint in Hungary | Deals | News | Rapid TV News
By continuing to use this site you consent to the use of cookies on your device as described in our privacy policy unless you have disabled them. You can change your cookie settings at any time but parts of our site will not function correctly without them. [Close]

Securing a second-territory commission for its new physical gameshow, ITV Studios Global Entertainment has won a commission for Catchpoint with TV2 in Hungary, due to air in the territory later this year. 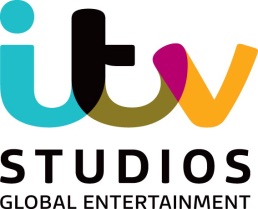 Catchpoint sees two teams of two compete in a series of picture questions displayed on ten giant screens. To answer the question one contestant must stand in front of the picture they believe is the right answer. However, to put money into their account they must catch the ball which will be dropped when released by their teammate's answer. If they are right, the ball will simply drop into their hands but, if they’re wrong, they still have the opportunity to dash, dive or leap to catch it from where they are standing.

A co-production by ITV Studios labels Possessed and 12 Yard, Catchpoint launched on BBC One in the UK in March with a peak of over 3.5 million viewers and a 21% share. Hungary is the first territory to commission the show after the UK.

Commenting on the sale, Pascal Dalton, vice president, global format sales for ITV Studios Global Entertainment, said: “Catchpoint received a strong response when we introduced it to buyers at our annual formats festival in February and at MIPTV last month, and so we are delighted by this second commission of the format – with other territory conversations ongoing. When it comes to balls dropping on gameshows, there is no better fun to be had on TV than Catchpoint.”