Pay-TV sees worst-ever quarter for subscriber attrition | Media Analysis | Business | News | Rapid TV News
By continuing to use this site you consent to the use of cookies on your device as described in our privacy policy unless you have disabled them. You can change your cookie settings at any time but parts of our site will not function correctly without them. [Close]

US pay-TV operators (both traditional and virtual) are seeing a subscriber decline of 4.8% annually after a dismal first quarter that saw a combined 1.4 million subscribers walk away. 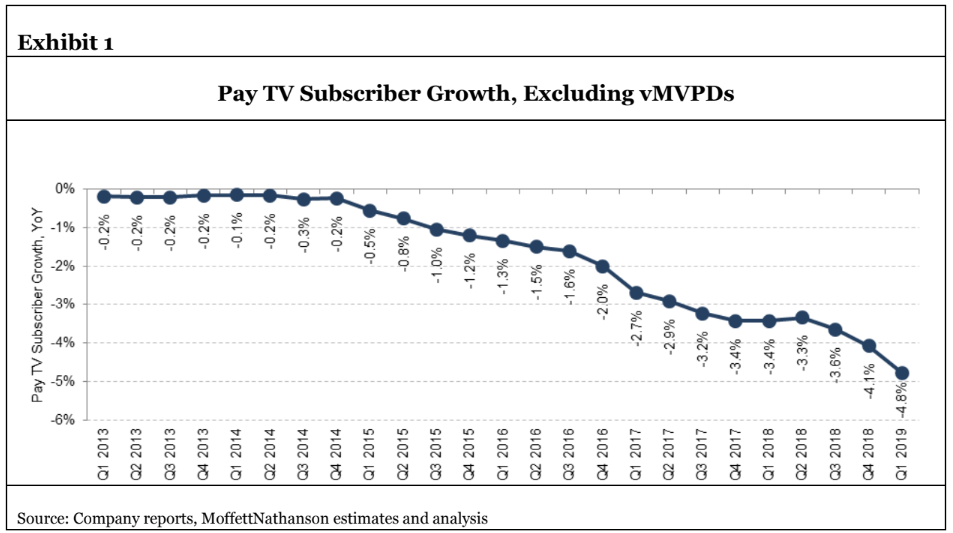 That’s according to MoffettNathanson, which said that the cable sector in particular saw its worst-ever decline of 1.9%. Moreover that’s a 75% year-over-year spike, translating to the worst quarter ever for TV subscriber losses.

“The accelerating decline of traditional pay TV subscribers in Q1 is by this point old news,” the analysts said in a research note. “Even the subtexts of this story are already familiar: Cable operators are increasingly indifferent to video retention, and the wheels are rapidly falling off satellite.”