Netflix preps launch of Sacred Games season 2 | Programming | News | Rapid TV News
By continuing to use this site you consent to the use of cookies on your device as described in our privacy policy unless you have disabled them. You can change your cookie settings at any time but parts of our site will not function correctly without them. [Close]

Kalki Koechlin and Ranvir Shorey are to join the cast for returning hit Indian series Sacred Games, US streaming giant Netflix has announced. 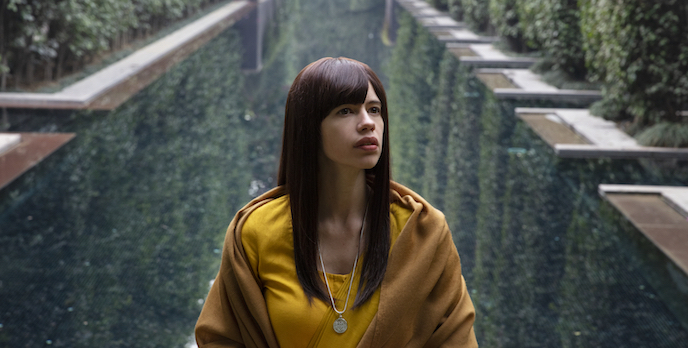 Based on Vikram Chandra’s novel, the new season promises a new trail of friendship, betrayal, crime, passion and a thrilling chase through Mumbai’s underbelly.

The second season picks up with Sartaj Singh (Saif Ali Khan) pursuing his relentless quest to save the city, and Ganesh Gaitonde (Nawazuddin Siddiqui) facing challenges to retain his position as the kingpin of Mumbai. The intriguing Guruji (Pankaj Tripathi), introduced in season one as Gaitonde’s ‘third father’, plays a pivotal role in unfolding a chain of events that shape the season.

“Personally, I am a fan of the series, and it is super awesome to be a part of the Sacred Games and Netflix family,” said Kalki Koechlin, who plays the role of Batya. “Season 2 promises to be much more exciting and I cannot wait for viewers to watch me in the series.”

Ranvir Shorey, who plays the role of Shahid Khan, said: “The digital platform is so empowering and working on this audience-favourite show has been an absolute delight! My character in Sacred Games 2, Shahid Khan, is a complete departure from any of the roles I’ve played before, and I’m looking forward to fans across the world bingeing on the new season.”

Sacred Games 2 will stream on Netflix later this year.