MXPlayer available on half of India’s smartphones | Mobile | News | Rapid TV News
By continuing to use this site you consent to the use of cookies on your device as described in our privacy policy unless you have disabled them. You can change your cookie settings at any time but parts of our site will not function correctly without them. [Close]

MXPlayer available on half of India’s smartphones

India’s nascent over-the-top (OTT) player MXPlayer has recorded 1.2 million new installs every day and is now available on 600 million devices around the world. 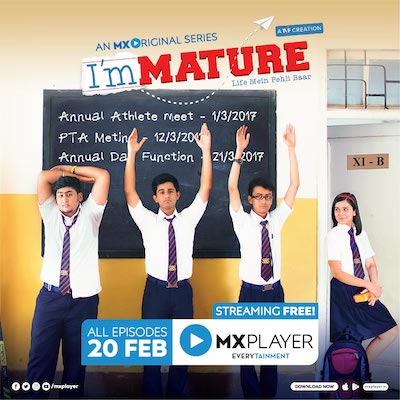 The app is now present in over half of all Indian smartphones, according to Times Internet, which acquired the streaming video platform in 2018.

“MXPlayer is the most ambitious bet we’ve ever made,” said Satyam Gajwani, vice chairman, Times Internet.

“After investing over US$150 million to acquire a majority stake, we pivoted the business. For the uninitiated, MXPlayer is the world’s largest local video playback app, used primarily to play the video files people keep on their phones,” he added.

The OTT platform carries over 100,000 hours of premium content from partners including Sony and TVF, as well as original content including Hey Prabhu, Aafat, Love OK Please and ImMature.