Indonesia’s MNC becomes latest investor in iflix | VOD | News | Rapid TV News
By continuing to use this site you consent to the use of cookies on your device as described in our privacy policy unless you have disabled them. You can change your cookie settings at any time but parts of our site will not function correctly without them. [Close] 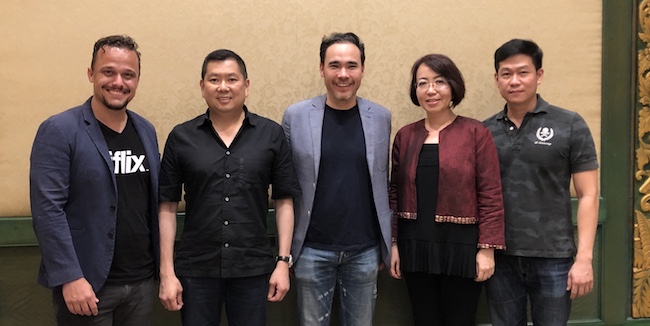 As part of the agreement, iflix will acquire 10,000 hours of content from MNC to stream just hours after the shows air on television in Indonesia. The MNC titles include Dunia Terbalik, Cinta Yang Hilang, and Top Tukang Ojek Pengkolan.

In addition to an undisclosed investment, MNC’s CEO David Fernando Audy, has joined iflix’s Advisory Board.

“MNC has always looked for ways to monetise our content and we are delighted to partake in the fast-growing pie of digital monetisation by partnering with iflix. At the same time, we also chose to invest equity in iflix because we believe that the company will grow significantly in the near future,” said David Fernando Audy, CEO of MNC.

Mark Britt, iflix co-founder and group CEO, said: “Indonesia continues to be an incredibly important market for iflix and MNC’s influence and resources in the industry are a powerful advantage for us in the execution of our strategy as we continue to cement our leadership as a digital entertainment service in Indonesia”.

The partnership follows hot on the heels of a strategic partnership between iflix and South Korean media company JTBC, as well as a deal with Malaysian entertainment company Media Prima to integrate its streaming service tonton to the video-on-demand (VOD) platform.
Tweet