Sinclair confirms acquisition of 21 Disney RSNs | Major Businesses | Business | News | Rapid TV News
By continuing to use this site you consent to the use of cookies on your device as described in our privacy policy unless you have disabled them. You can change your cookie settings at any time but parts of our site will not function correctly without them. [Close]

It’s virtually game over for Disney's divestment of its regional sports networks as it has sealed a deal with Sinclair Broadcasting to take 21 of the RSNs in a transaction valued at $10.6 billion. 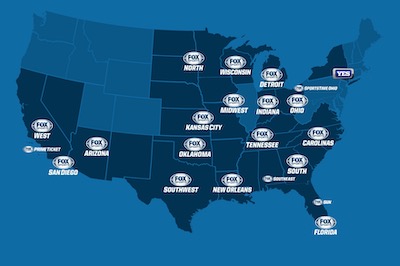 Disney had been required to divest the networks as a condition of its $72 billion acquisition of the media assets of Fox in 2018. Completion of the transaction is subject to customary closing conditions, including the approval of the US Department of Justice.

In 2018 Disney and 21st Century Fox entered into a consent decree with the DOJ that allowed Disney’s acquisition of 21st Century Fox to proceed while requiring the subsequent sale of the RSNs. Sinclair’s purchase does not include 21st Century Fox’s equity interest in the YES Network, home of the New York Yankees, considered to be worth more than $4 billion alone.

The portfolio is said to be the largest current collection of RSNs in the marketplace, with a footprint that includes exclusive local rights to 42 professional teams consisting of 14 Major League Baseball (MLB) teams, 16 National Basketball Association (NBA) teams, and 12 National Hockey League (NHL) teams. In calendar year 2018, the RSN portfolio delivered a combined $3.8 billion in revenue across 74 million subscribers.

Commenting on the deal, Sinclair president and CEO Chris Ripley said: “This is a very exciting transaction for Sinclair to be able to acquire highly complementary assets. While consumer viewing habits have shifted, the tradition of watching live sports and news remains ingrained in our culture. As one of the largest local news producers in the country and an experienced producer of sports content, we are ideally positioned to transfer our skills to deliver and expand our focus on greater premium sports programming. We also see this as an opportunity to realise cross-promotional collaboration, and synergistic benefits related to programming and production.”