Viacom18 appoints Gourav Rakshit to head digital arm | VOD | News | Rapid TV News
By continuing to use this site you consent to the use of cookies on your device as described in our privacy policy unless you have disabled them. You can change your cookie settings at any time but parts of our site will not function correctly without them. [Close] 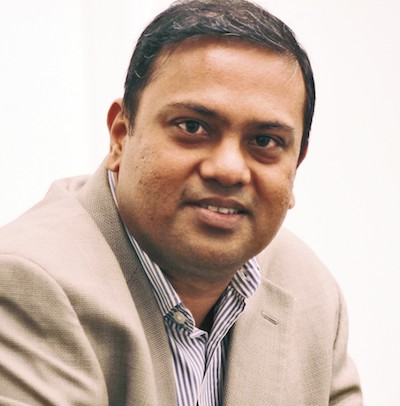 Reporting to Sudhanshu Vats, Viacom18’s group CEO & MD, Rakshit will join the organisation this month from his previous role as president and CEO of People Group, parent company of dating site shaadi.com. During his 11 year tenure, he helped build a major brand with a robust consumer subscription element, and one of the best performing Indian internet companies.

With over two decades of experience in the consumer technology, IT and fast moving consumer goods (FMCG) sectors, Rakshit has also worked with Nestle, Planetasia and Infosys Consulting.

“Our digital foray has grown exponentially since its inception 3 years back, with the sharply segmented businesses – the ad led model, the international business and the soon-to-be-launched subscription based VOOT Kids service”, said Sudhanshu Vats, group CEO & MD, Viacom18.

“As we unlock business value, Gourav, with an in-depth understanding of digital disruption and a proven track-record of envisioning subscription growth, is the right person to lead our talented teams across the Digital Ventures portfolio.”

In its first three years of operation, VOOT crossed the 100 billion watch minutes’ mark. It is now targeting 100 million monthly active users in the current financial year, up from 40 million.
Tweet