Line Of Duty tops UK TV ratings for 2019 | Ratings/Measurement | News | Rapid TV News
By continuing to use this site you consent to the use of cookies on your device as described in our privacy policy unless you have disabled them. You can change your cookie settings at any time but parts of our site will not function correctly without them. [Close]

Repeating the huge success that the creator and producer had in 2018 with Bodyguard, the new season of Jed Mercurio’s Line Of Duty for World Productions has become the most-watched programme on British TV this year. 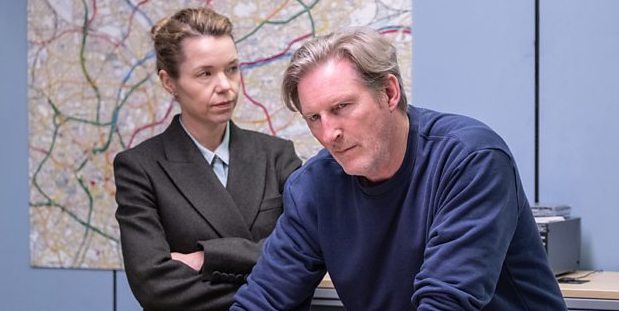 Written and created by Mercurio, Line Of Duty focuses on police internal affairs force AC-12 whose latest investigation sees them target two pivotal figures in a deadly organised crime group known to have links with corrupt police officers and suspected to be under direct command of the shadowy figure known only as 'H'. Produced by Ken Horn, Line of Duty's executive producers are Mercurio, Simon Heath and Priscilla Parish for ITV company World Productions and Tommy Bulfin for BBC One. The series is directed by John Strickland and Susan Tully. Season 5 stars Stephen Graham (Save Me, Boardwalk Empire’s Al Capone, Decline and Fall) alongside series regulars Adrian Dunbar (Blood, Ashes to Ashes), Vicky McClure (Broadchurch, The Secret Agent), and Martin Compston (The Great Train Robbery, Sweet Sixteen).

Episode five, which aired on BBC One on 28 April, received the highest overnight figure for Line Of Duty ever, with an average of 7.9 million viewers and peak of 8.3 million. The fifth series five concludes on 5 May at 9pm on BBC One with a feature length finale.

Commenting on the ratings, Mercurio said: “We're thrilled and flattered by the amazing response to this series of Line Of Duty. On behalf of the whole production, I want to thank our viewers for their fantastic loyalty, and World Productions and the BBC for their unstinting support.”

World Productions executive producer Simon Heath added: “It’s testament to Jed’s brilliant writing and the best cast on British TV that the audience for Line of Duty has grown bigger with every series. A huge thanks to the BBC who took a chance on a small show in Birmingham back in 2011 and to everyone who’s supported us since.”