Netflix acquires epic K-drama Arthdal Chronicles | Programming | News | Rapid TV News
By continuing to use this site you consent to the use of cookies on your device as described in our privacy policy unless you have disabled them. You can change your cookie settings at any time but parts of our site will not function correctly without them. [Close]

A star studded Korean epic fantasy drama, Arthdal Chronicles, is heading to Netflix in early June, after it debuts domestically on tvN. 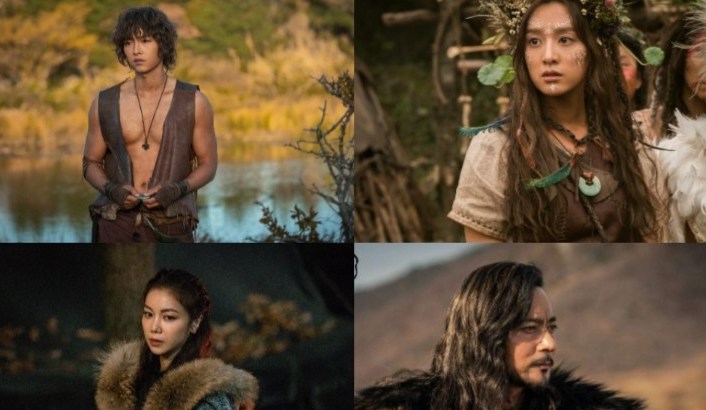 Popular Hallyu actors Song JoongKi and Kim JiWon are reuniting for the tvN show, having previously starred in the 2016 hit Descendants of the Sun.

Also starring Jang Dong-gun and Kim Ok-bin, Arthdal Chronicles depicts the birth of civilization and nations in antiquity. It is a story of mythical heroes, their struggle, unity and love of people living in a virtual land called Arth and it particular in the ancient city of Arthdal.

Eunseom, played by Song Joong-ki (A Werewolf Boy, Descendants of the Sun), is a character who relentlessly fights to protect his own tribe. Eunseom may look innocent, but his protective instincts are so strong that he becomes aggressive when attacks are imminent. Jang Dong-gun (Taegukgi: The Brotherhood of War, A Gentleman’s Dignity) plays Tagon, a son of Sanung, who is the leader of Saenyeok Tribe. Tagon is charismatic and talented, yet dangerous, with feelings buried so deeply that no one knows when he will explode with anger and rage.

Alongside Eunseom and Tagon are Tanya and Taealha, played by Kim Ji-won (Descendants of the Sun, Fight for My Way) and Kim Ok-bin (Thirst, Steal Heart) respectively. Tanya is the successor of Wahan Tribe clan mother, who realises her destiny to lead and protect her own people against other powerful tribes. Taealha is the most beautiful woman in Arthdal, and the strongest desire for power.

The 18 episode K-drama will stream globally on Netflix in June 2019.