Flagship Sony OLED 4K HDR TV range now available | 4K/UltraHD | News | Rapid TV News
By continuing to use this site you consent to the use of cookies on your device as described in our privacy policy unless you have disabled them. You can change your cookie settings at any time but parts of our site will not function correctly without them. [Close]

Sony Europe has announced pricing and availability for its new AG9 series BRAVIA OLED 4K HDR TV, with the range TV now available to pre-order with deliveries for entry level models expected to begin in May 2019. 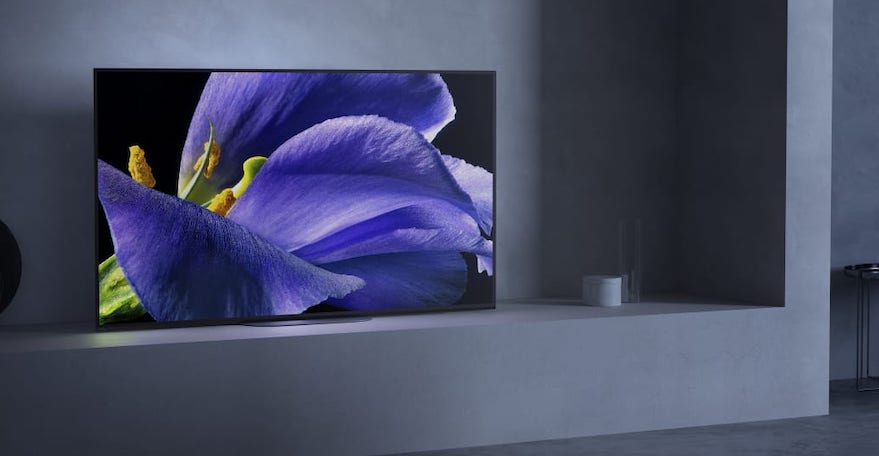 Produced in 77”, 65”, and 55” screen sizes, the AG9 sets have over 8 million self-illuminating pixels individually controlled by the Picture Processor X1 Ultimate. This processor features object-based super resolution technology, which is designed to detect and analyse individual objects within a scene and enhance the contrast, detail and colour for realism.

In addition to the processor, the AG9 has the newly enhanced pixel contrast booster for heightened colour and contrast in bright areas compared with its predecessor. As a result, claimed Sony , the AG9 shows images and colours as they truly are, as the creator intended. It adds that the processor improves SD and HD content closer to 4K HDR quality and shows 4K HDR content in ‘stunning’ clarity.

The sets also feature Sony Android TV which supports apps from Google Play, including YouTube, Netflix, Prime Video and has Google Assistant built-in. Viewers also interact with the TV using Google Assistant and also works with popular smart speakers such as Sony’s own LF-S50G and SRS-XB501G, Google Home or Amazon Echo devices. In addition, the AG9 is compatible with Apple AirPlay 2 and HomeKit to stream content from an iPhone, iPad or Mac to the TV.