SES endures continued challenges for video in Q1 2019 | Satellite | News | Rapid TV News
By continuing to use this site you consent to the use of cookies on your device as described in our privacy policy unless you have disabled them. You can change your cookie settings at any time but parts of our site will not function correctly without them. [Close]

Even though it says that overall it has made a steady start to its financial year, leading satellite operator SES is still hitting headwinds in its video segment. 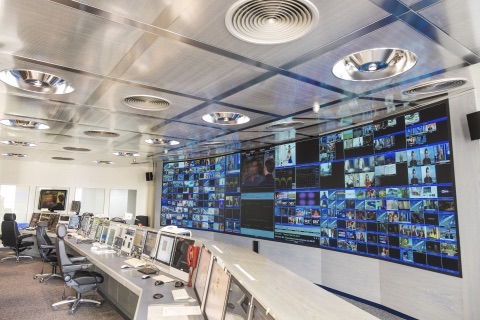 In its published results for the first quarter of the current financial year ended 31 March 2019, SES reported group revenue of €480.6 million, down 2.3% at constant FX compared with Q1 2018. Underlying revenue fell 3.1% on a year-on-year basis at constant FX to €473.9 million. Q1 2019 periodic and other revenue for the quarter was €6.7 million, almost double that of a year ago.

The revenues drove an EBITDA of €290.1 million, down 7.0% at constant FX, representing a margin of 60.4%, or 62.1% excluding a restructuring charge of €8.3 million associated with the group’s ongoing optimisation initiatives.

The drop was due said SES to due 8.1% lower video distribution revenue, including North American wholesale business, while video services revenue was down 4.5% compared with the same period last year due to the non-renewals of low margin, legacy business at its MX1 video services line. This said the company was continuing to hold back the contribution from customer adoption of the MX1 360 platform and the sports and events business which SES said was gaining traction.

As of 31 March 2019, SES was delivering 8,289 total TV channels to viewers around the world,  a year-on-year increase of 7%. This the company says was driven by the expansion of new channels in International and Eastern Europe, as well as further HD adoption in Western Europe, which the company stressed more than compensated for a reduction in North America. Overall by 31 March 2019, SES distributed 2,828 channels in high definition, a 6% yearly rise, and 43 commercial Ultra HD channels, representing a 34% annual rise. Two-thirds of total TV channels were broadcast in MPEG-4, or 70% by also including HEVC.

Commenting on the results, and in particular with video, SES president and CEO Steve Collar said: “Notwithstanding challenging market conditions in Video, SES’ reach continued to grow and we now deliver prime video content to over 355 million households or one billion people across our video neighbourhoods around the world. The recent deals we signed with Discovery, Nordic Entertainment Group and Crown Media highlight our approach to partner with the biggest broadcasters to deliver the best services and viewing experiences anywhere to any device.”
Tweet