APOS 2019: Viacom eyes SE Asia content expansion | Programming | News | Rapid TV News
By continuing to use this site you consent to the use of cookies on your device as described in our privacy policy unless you have disabled them. You can change your cookie settings at any time but parts of our site will not function correctly without them. [Close] 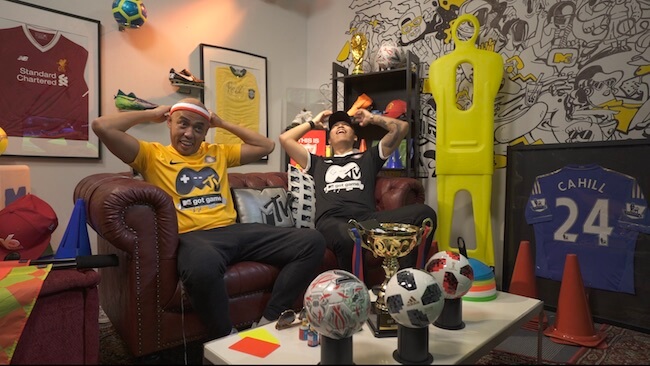 VIMN has unveiled MTV Got Game, a gaming and e-sports vertical spanning MTV platforms, after the region was highlighted in a recent New Zoo report as one of the world’s fastest growing games markets. As well as industry partnerships, MTV Got Game includes in-house production of short form content around gaming, along with on-air playlists inspired by e-sports.

Got Game Weekly series will focus on news from the intersection of gaming, e-sports and popular culture. In Got Game: Face Off, MTV pits celebs against each other for FIFA console action and to crown the champion! Guests include Singaporean national footballer Zulfahmi Arifin, and regional artists Joe Flizzow, Sezairi, Jon Chua, Fion, Shaykh, THELIONCITYBOY, and Tim De Cotta.

The content series will launch on linear and online channels soon, and is also available on MTV Asia’s website.

While Comedy Central’s original stand-up series, Stand-Up, Asia! will also be renewed for the fourth year. The mix of stand-up comedy and character sketches will continue to focus on distinctly Asian cultural touchpoints.

A new short-form series launching on Paramount in June, personalities from film, TV, music, and Bellator athletes share what excites them in movies – their favourite genres, actors, or quirky nuggets of information about shows.

Nickelodeon highlights from May include Nickified Sports, where kids will attempt different sports but with a Nick twist, by using regular household items such as a broom in a javelin throw. Funny Fitness with Robbie encourages kids to stay active, with exercises that they can do at home while on Kids Ask the Burning Questions children interview adults to find out what they really think.

Paras Sharma, senior vice president and general manager, Southeast Asia, Viacom International Media Networks said: “we are scaling up our content production in Asia for every screen across our flagship brands. We know that Asia originals appeal to our audiences, evidenced by strong viewership, and conceptualised fresh formats to resonate with our fans and evolved existing ones to grow share of viewership”.

Overall, Viacom said it has produced and commissioned a record amount of original content in the Asia Pacific over the past year, including MTV’s TRL in Australia, MTV Unplugged in Australia and Japan, MTV Asia’s MTV Jammin’ and MTV Meets, Nick Jr.’s Ready Set Dance in Australia, and Comedy Central’s Comedians Solve World Problems Asia. Teen Mom Australia is currently in production, and Slime Cup returns in July.