LiveU scores for Sportradar in Austrian football league | Infrastructure | News | Rapid TV News
By continuing to use this site you consent to the use of cookies on your device as described in our privacy policy unless you have disabled them. You can change your cookie settings at any time but parts of our site will not function correctly without them. [Close]

SportradarMedia Services has revealed that it tapped LiveU to bring every kick, tackle and talking point from Austrian football’s second division to broadcast and OTT viewers. 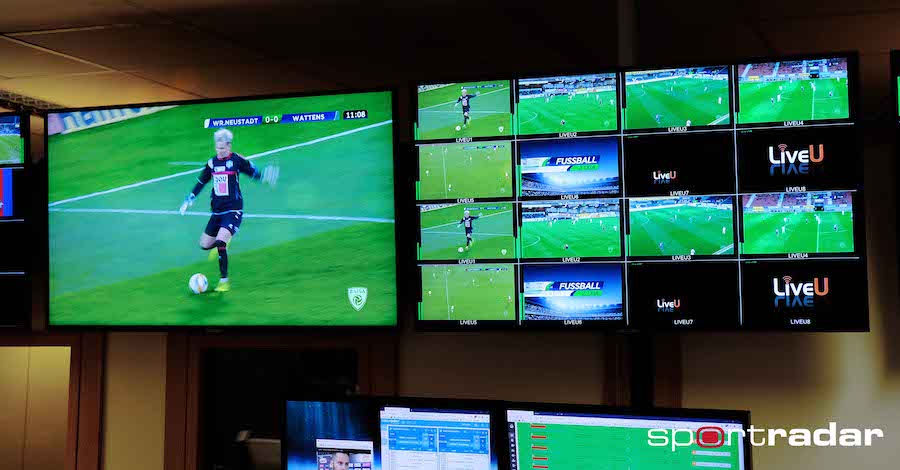 Beginning from the start of the 2018/2019 season, and covering 240 matches in all, the A/V production firm provided contribution, production and distribution services for both online and linear broadcast TV and used LiveU LU600 HEVC units alongside the associated LiveU Central management platform and LiveU
MultiPoint solution for content sharing and distribution. The technology was supplied by LiveU’s Austrian partner ETAS High-Tech Systems.

Sportradar Media Services is also using LiveU MultiPoint to share feeds with other content takers around the world. MultiPoint integrates into users’ daily workflows, allowing them to share incoming live feeds with multiple end-points from within the same LiveU Central interface they work with daily.

All production crews were equipped with LU600 HEVC units. Up to eight simultaneous feeds are transmitted to the LiveU servers in Sportradar’s Master Control Room (MCR) where the feeds were then further processed so that live commentary was added, content is encoded for live streaming as well as handed over to playout for linear TV. While all matches are available live online on Laola1.tv at least 30 matches have been shown exclusively on Laola1TV - for both OTT and linear TV - and another 30 matches are broadcast on Austrian TV.

“In 2018, Sportradar won the exclusive rights to the Austrian Football Second League. In order to be able to provide the level of coverage, dynamism and flexibility that we wanted, at a cost-effective price point, we looked at cellular bonding,” explained Christoph Reiermann, production manager, broadcast, at Sportradar. “We tested many different systems and found that LiveU was the most capable of delivering a very stable signal with great image quality even at low latency. ETAS has also provided strong support.”