BBC Arabic extends MENA carriage deal with Yahlive | Broadcast | News | Rapid TV News
By continuing to use this site you consent to the use of cookies on your device as described in our privacy policy unless you have disabled them. You can change your cookie settings at any time but parts of our site will not function correctly without them. [Close]

BBC Arabic is extending its reach across North Africa through a long term partnership with UAE-based satellite broadcaster Yahlive. 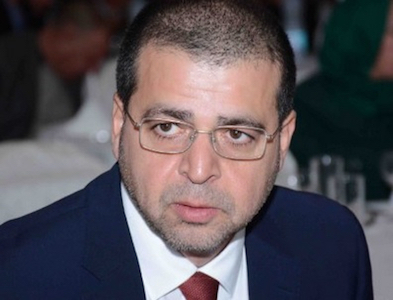 The UK broadcaster will now reach over 42 million Arabic-speaking viewers in the Maghreb area from Yahlive’s orbital location of 52.5 degrees east, via its MENA beam.The BBC will continue broadcasting its Arabic service on Yahlive’s East beam to 62 million viewers, following an agreement sealed in September 2014.

“Since inception of Yahlive, the Arabian Maghreb has been a key focus for us. We are thrilled to yet again increase our channel offering, giving our Arabian Maghreb viewers even greater choice of quality content and channels. This partnership is in line with our strategy to bring relevant, most watched content to each of the culturally diverse communities under our coverage,” said Ammar Baranbo (pictured), COO, Yahlive.

Yahlive now beams over 260 channels in more than six languages across the Middle East, North Africa, and South West Asia. The satellite broadcaster claims to have seen incredible success in reaching niche audiences with a viewership of over 115 million across all its coverage areas. As well as BBC Arabic , Yahlive also carries BBC Persian among its Farsi language channels.

This is the latest carriage deal for Yahlive, which last month added the French language service of the RT news network to its MENA beam.