Netflix to expand New York City presence with new production hub | Major Businesses | Business
By continuing to use this site you consent to the use of cookies on your device as described in our privacy policy unless you have disabled them. You can change your cookie settings at any time but parts of our site will not function correctly without them. [Close]

In a move that is thought likely to result in the creation of hundreds of jobs and up to $100 million in investment to the city, Netflix is to expand its presence in New York with a new production hub. 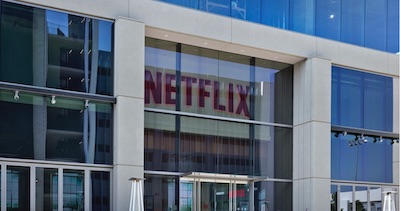 The SVOD leader has had a long history of production in New York including Orange is the New Black, Unbreakable Kimmy Schmidt, She’s Gotta Have It, The Irishman, Someone Great, Private Life and Russian Doll.

“Netflix is innovative, creative and bold – just like New Yorkers – and the expansion of this cutting-edge company in New York once again demonstrates the Empire State is open for business,” said New York Governor Andrew M. Cuomo commenting on the announcement of the new hub in his state . “We’re proud Netflix chose New York to grow its business, and we look forward to the jobs, economic activity and world-class productions this project will bring.”

Jason Hariton, director of worldwide studio operations and real estate at Netflix added: “New York has created a film-friendly environment that’s home to some of the best creative and executive talent in the world, and we’re excited to provide a place for them at Netflix with our production hub.”