Intelsat loses 29e satellite | Satellite | News | Rapid TV News
By continuing to use this site you consent to the use of cookies on your device as described in our privacy policy unless you have disabled them. You can change your cookie settings at any time but parts of our site will not function correctly without them. [Close]

Just over a week after it first reported trouble with the craft, Intelsat has conceded that the anomaly it revealed with its 29e satellite has resulted in a total loss of service. 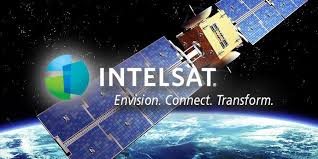 The operator has convened a failure review board with the satellite’s manufacturer Boeing to complete a comprehensive analysis of the cause of the anomaly which began late on 7 April when 29e’s propulsion system experienced damage that caused a leak of the propellant on board the satellite resulting in a service disruption to customers on the satellite. While working to recover the satellite, a second anomaly occurred on 10 April, after which all efforts to recover the satellite were unsuccessful.

Intelsat says that it has been in active contact with affected customers and that restoration paths on other Intelsat satellites serving the region and third-party satellites have been provided for a majority of the disrupted services.
Tweet