Global 5G market set to boom | Mobile | News | Rapid TV News
By continuing to use this site you consent to the use of cookies on your device as described in our privacy policy unless you have disabled them. You can change your cookie settings at any time but parts of our site will not function correctly without them. [Close]

As the first commercial deployments of 5G start to appear, the stage is set for consumers finally to find out what the powerful next-generation mobile standard promises can bring says a new research positing from IHS Markit. 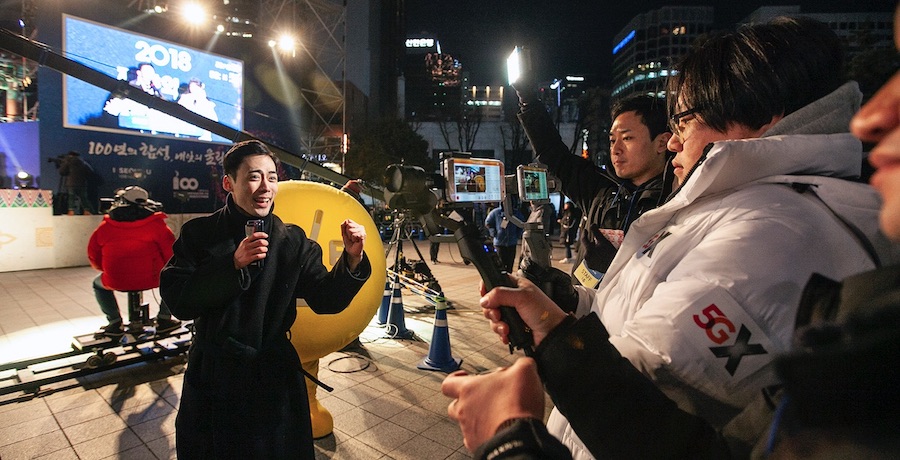 However despite expressing general optimism for the prospects of 5G, the analyst warned that clarity as regards the technology was needed and that as global 5G capabilities expand, alignment of what 5G is, what end users should expect and how it should be measured will be critical to adoption.
Overall, The Promise and Potential of 5G white paper says that without question 5G is helping set the stage for incredible change, and that it will improve existing services and enable new use cases, such as immersive entertainment, zero-delay virtual reality and uninterrupted video.

IHS Markit forecasts that after initial sales of 37 million first-generation 5G smartphones in 2019, worldwide shipments will surge to 120 million devices in 2020. This rollout it says will be the fastest ever for a new wireless generation, generating six times more unit shipments than previous record-holder LTE, over a similar timeframe. Benefitting from what it believes will be strong industry momentum and alignment, IHS Markit expects global 5G smartphone shipments to continue to rise in the coming years, reaching over 525 million devices in 2023.

Yet the paper also makes the case that it remains a confusing landscape, with varied and sometimes conflicting interpretations of what 5G is and what to expect from it. This confusion says IHS Markit. is impacting not just consumers but also complicating the industry’s ability to measure itself against a standard set of 5G expectations and requirements.

To optimise short-term and long-term 5G adoption, IHS Markit regards it as imperative that clarity regarding what 5G is and when each capability will be available is established for both consumers and the ecosystem. To that end, IHS Markit follows the official 3GPP definition of 5G but also believes that this description needs to be understood within the context of everyday experience and concepts.

Even though it believes that new 5G technical standards will eventually enable the creation of applications that could open new opportunities, inform new business models and transform everyday life for multiple industries and billions of users throughout the world, the analyst warned that many of these capabilities won’t be available in initial 5G rollouts, but instead will arrive in subsequent releases of the standard to be implemented over the next few years. It added that each of the releases will deliver new challenges and opportunities not only for the wireless industry but also every industry for which the new use cases are envisioned.

“The marketplace implicitly understands 5G represents an unprecedented growth opportunity, with the initial smartphone rollout set to generate record shipment volumes,” said Francis Sideco, vice president, technology at IHS Markit. “However, fewer people understand the iterative nature of major technology rollouts such as the one we are going through now with 5G—a process involving multiple major updates that will add new capabilities in the coming years. With each of these updates having the potential to significantly disrupt the market’s competitive dynamics, it’s critical for companies to clearly understand the implications of each rollout or risk falling behind the competition. Despite strong growth, the level of success among individual competitors in the smartphone and infrastructure market will hinge on their ability to shift their business strategies in parallel with the evolution of 5G.”

Looking to the technology roadmap, The Promise and Potential of 5G white paper noted that the 5G standard’s next release is already on the horizon, with the expected introduction of Release 16 in late 2019. The upcoming release will deliver greater reliability and peak data rates of 20 gigabits-per-second (Gbps) downlink and 10 Gbps uplink.

“This next phase of implementation and rollout will trigger a race among mobile network operators to meet and take advantage of these performance enhancements,” Sideco observed. “The winners of this race are likely to gain a competitive advantage as they gear up for the next wave of growth.”