UFC inks MENA deal with Abu Dhabi Media | Programming | News | Rapid TV News
By continuing to use this site you consent to the use of cookies on your device as described in our privacy policy unless you have disabled them. You can change your cookie settings at any time but parts of our site will not function correctly without them. [Close] 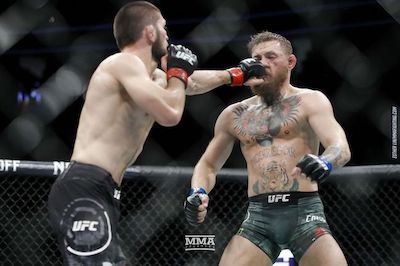 Under the deal, Abu Dhabi Media will have exclusive regional multimedia rights to all live UFC mixed martial arts events, pre and post-event programming and all original UFC programming.

As well as coverage on Abu Dhabi Sports 4, the media group also announced the launch of a localised over-the-top (OTT) service and mobile app in the region.

The subscription service will deliver all live UFC events and a library with hundreds of hours of content that will be available in the Arabic language.

“UFC has a very passionate fan base across the UAE and the whole MENA region," said Noura bint Mohammed Al Kaabi, Minister of Culture and Knowledge Development and Chair of Abu Dhabi Media.

"We are delighted to bring the UFC back to Abu Dhabi Media and we are excited to share their content with our viewers.”

David Shaw, UFC senior vice president, international and content said: "The MENA region is extremely important to UFC, and we are thrilled to begin this partnership with Abu Dhabi Media to bring our fans new and localised content," added. "We are looking forward to working closely with Abu Dhabi Media on localised media initiatives for the region."