DSport, MTV, DD win TV rights for Indo International Premier Kabaddi League | Deals | News | Rapid TV News
By continuing to use this site you consent to the use of cookies on your device as described in our privacy policy unless you have disabled them. You can change your cookie settings at any time but parts of our site will not function correctly without them. [Close] 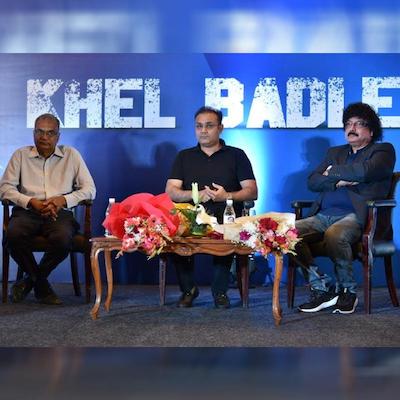 DSport will provide live match coverage in Engiish, while MTV will offer live action in Hindi. Doordarshan (DD) channels will also broadcast the IPKL every evening from 8-10pm.

Kabaddi has been reinvigorated in recent years to become one of India’s most popular sports, following the launch in 2014 by Mashal Sports of the rival Pro Kabaddi League. Close to 621 million people were reported to have watched the sport on TV last year, up from 310 million in 2015.

“This is a truly momentous occasion for us in our endeavour towards bringing the best of live sporting action to audiences and fans. What really stands out with IPKL is NKF’s vision of giving the two most important stakeholders of a sport, the fan and the player, the importance they deserve. We strongly believe that IPKL will be a catalyst to unearth the best of Kabaddi talent in the country restoring its pride of place in this centuries old sport with homegrown origins,” said RC Venkateish, MD and CEO, Lex Sportel - on behalf of IPKL’s official broadcaster DSport .

Viacom18 head Youth, Music and English Entertainment Ferzad Palia added: “Being the number one youth and entertainment channel, MTV has been at the forefront of showcasing the most sought-after yet relevant content for the youth in India. Adding kabaddi to the fold we’re expanding our offering in sports that includes cricket, football and mixed martial arts, along with e-sports.

“Kabaddi is one of our country’s homegrown sports and IPKL will be a great platform that explores and encourages the talent pool in India. This partnership reaffirms our commitment to bolster opportunities that a league like IPKL will offer to the youth and help us build yet another successful sports franchise. We are certain that IPKL will introduce a legion of Kabaddi players to young fans that inspire them to play.”

The opening phase of the IPKL will feature 20 matches played at Pune’s Balewadi stadium on 13-21 May, followed by 17 second phase games in Mysore’s Chamundai Vihar stadium on 24-29 May. The final phase in Bengaluru from 1 June will have seven games, with the grand finale at the Kanteerava stadium on 4 June.