Snap announces new slate of originals | Social TV | News | Rapid TV News
By continuing to use this site you consent to the use of cookies on your device as described in our privacy policy unless you have disabled them. You can change your cookie settings at any time but parts of our site will not function correctly without them. [Close] 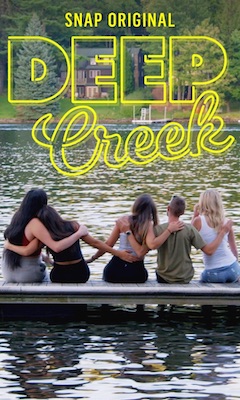 Snap is partnering with what it calls some of the industry’s next and best creators to continue to define mobile storytelling. Production partners include Bunim/Murray Productions, Dakota Pictures, New Form, and Bazelevs, as well as established film and television writers and producers.

The new shows will be available globally on Snapchat’s Discover page, claimed to be one of the industry’s leading made-for-mobile video platforms and they will begin airing from May 2019. They span a range of genres including serialised scripted dramas and comedies, character-driven docuseries and unscripted social commentary.

Highlights include scripted series Two Sides from New Form where a young couple navigates a breakup in this innovative series told from both characters’ points of view at the same time; scripted comedy series Commanders launching June 2019 where two teenage outcasts discover a mysterious code within a retro computer that can alter real life; Untitled BuzzFeed Daily Show (BuzzFeed) bringing viewers the latest celebrity, entertainment and ‘OMG’ moments blowing up the internet; Sneakerheads (Indigo Development and Entertainment Arts and EMJAG Productions), a scripted comedy series launching June 2019 following the misadventures of three college freshmen; docu-series Sam and Colby (Bunim/Murray Productions), showing a pair of influencers film from a haunted location and what starts as something fun quickly takes a terrifying turn.

In addition, Snap announced today it will be renewing serialised Snap Originals. These include Endless Summer by Bunim/Murray Productions; Deep Creek by Woodman Park Productions; and The Dead Girls Detective Agency by Indigo Development and Entertainment Arts, Insurrection Media, and Keshet.
Tweet