Viacom International Studios sells biography and travel documentary titles | Programming | News | Rapid TV News
By continuing to use this site you consent to the use of cookies on your device as described in our privacy policy unless you have disabled them. You can change your cookie settings at any time but parts of our site will not function correctly without them. [Close]

As it ramps us its business after been named distributor for the Awesomeness catalogue, Viacom International Studios (VIS) has confirmed sales agreements for a number of factual titles. 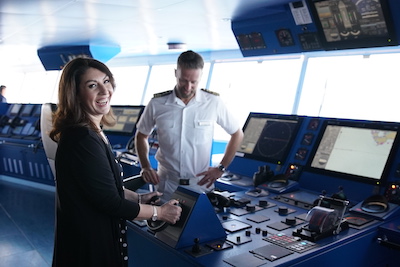 and following its premiere on Paramount Network in the UK, Stephen King: Master of Horror will now head to American digital cable and satellite television network Reelz. The 60-minute biographical documentary exploring the life of prolific and world’s bestselling horror author Stephen King will also air on Netherlands’ RTL Z and RTL 5.

Cruising with Jane McDonald is heading to SBS Australia and broadcaster DigitalB Albani, with spin-off Jane McDonald: Down Under will also air on Denmark’s TV2 Networks and Norway’s NRK in addition to the original series. Also in Australia, biographical documentary series, The Kennedys: A Fatal Ambition, will air on network SBS for its free-to-air digital channels SBS and SBS Viceland. While in Portugal the documentary has been picked up by SIC network’s entertainment channel SIC Caras.

Documentary Billionaire Kids on Holiday, has been picked up by four broadcasters in Poland (WP), Norway (TV2), Israel (Good Life and The Travel Channel and AVA) and Finland (SUB).

“We are seeing an insatiable demand for all kinds of content, with factual entertainment top of mind for many of our clients” commented Lauren Marriott, VP, International Content Sales, VIS. “Our latest sales reflect an international appetite for high-quality escapist travel series and fly-on-the-wall biographical documentaries which will always hold universal appeal for audiences around the world.”