India stands firm as Asia Pacific’s pay-TV growth slows | Pay-TV | News | Rapid TV News
By continuing to use this site you consent to the use of cookies on your device as described in our privacy policy unless you have disabled them. You can change your cookie settings at any time but parts of our site will not function correctly without them. [Close]

Consolidation is shaping the Asia Pacific pay-TV landscape as subscriber growth slows and spend decreases, according to the latest research by consultants Media Partners Asia (MPA). 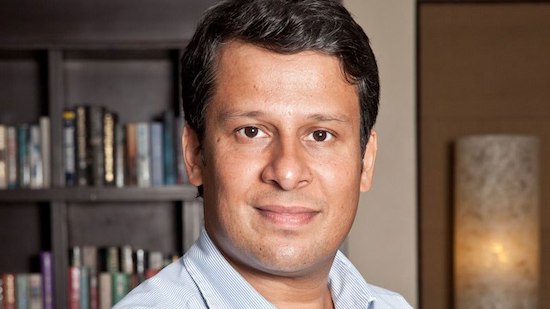 “India stands alone as the last major buffer against secular weakness in pay-TV in Asia, although new regulations threaten pay-TV subscription and advertising growth in India too, at least in the near term,” said MPA.

MPA executive director, Vivek Couto (pictured) said: “Consumer demand for traditional pay-TV has been impacted forever by high-speed broadband, which is driving rapid increases in online video consumption as well as piracy. These trends have intensified downward pressure across Asia’s pay-TV ecosystem, especially in Southeast Asia, led by Singapore and Malaysia, alongside secular shifts in Australia and New Zealand. This will accelerate consolidation as well as major shifts in how channels and content are marketed and sold.

“Pay-TV’s first big wave of consolidation, led by Disney buying Fox and AT&T buying branded networks from Turner and HBO, will play out with momentum across Asia Pacific over the next year. Future consolidation and rationalisation will be defined by global moves and M&A possibilities involving large assets in India. Major players such as Discovery, CBS, Viacom, A+E, Sony and Universal are now competing for the consumer wallet with an increasingly scalable Disney and a newly integrated WarnerMedia within AT&T.”

The MPA research covered the following channels in the Asia-Pacific region: Star India and Fox Networks (now both part of Disney) and Disney’s own branded channels; WarnerMedia networks owned and operated by HBO and Turner; Sony India (including Ten Sports) and Sony’s ex-India branded networks business; Discovery, including Scripps; beIN Media; Viacom (excluding an unconsolidated 49% interest in Viacom18 India in 2018); Universal; and A+E.

Of these 13 groups, India accounted for 62% of Asia Pacific pay channel revenues in 2018, led by Star India (now owned by Disney) and Sony. If revenues from Star and Sony India are excluded, Southeast Asia leads, contributing 32% of revenue in 2018, driven by Disney (including Fox), WarnerMedia and beIN Media. India would then contribute 18%, led by Disney, Discovery, and WarnerMedia, followed by Japan with 16%, led by Disney, Discovery, WarnerMedia and Viacom. Hong Kong and Taiwan, and Australia and New Zealand also each contribute 10% in this latter scenario.

Outside China, Google YouTube, Facebook, Netflix and Amazon remain the dominant players, in terms of advertising and ‘wallet share’, though local players are now making their mark including Australia’s Stan, India’s Hotstar, Hulu in Japan, and Viu in Hong Kong and Southeast Asia.
Tweet