France Télévisions cuts Slash deal for youth format Mental | Deals | News | Rapid TV News
By continuing to use this site you consent to the use of cookies on your device as described in our privacy policy unless you have disabled them. You can change your cookie settings at any time but parts of our site will not function correctly without them. [Close]

UK-based distribution and rights-management specialist Magnify Media has announced its first licence deal plus options in the UK and Denmark for scripted youth-skewing format Mental. 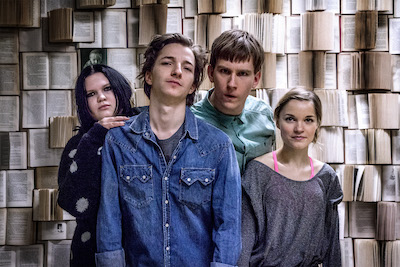 Produced by It’s Alive Productions and Finland’s state broadcaster YLE, Mental tells the real-life stories of four teenagers in a secure psychiatric unit, has also been recommissioned for a second series its native Finland, where it was a breakout hit: in a country with a population of five million, the show’s content was watched 2.8 million times online according to YLE data. The Finish public broadcaster employed a multi-platform strategy to reach the broadly non-linear 15- to 24-year-old demographic with the objective of de-stigmatising mental illness.

The programme is the first scripted format to be represented by Magnify Media and has now been licensed by France Télévisions’ VOD platform Slash for a 10 x 23' series slated to go into production in May with delivery this Autumn. The new series is a co-production from Paris based Black Sheep Films and Endemol Shine. The two companies agreed aco-development and coproduction deal back in September to strengthening their position in young-adult fiction in the region, driven by OTT platforms and emerging digital players.

The show has also been optioned by premium production companies in the UK and Denmark. The UK’s Various Artists Limited has optioned the show, the production company specialising in comedy and comedy-drama that was launched by Peep Show writers Sam Bain and Jesse Armstrong, and ex-Channel 4 commissioning execs Phil Clarke and Roberto Troni. Mental is the first scripted option deal signed by the production company, in which BBC Worldwide has a 20% stake.

“For our first move into scripted formats, we wanted something special — a show with meaning, depth and purpose, as well as commercial potential. The moment we saw Mental, we knew we’d found that something,” commented Magnify Media managing director Andrea Jackson. “The calibre of producers from around the world who have bought into YLE’s vision is not only a testament to Mental’s editorial strength, but confirmation that mental health affects us all, regardless of age, social background or nationality. Securing its first license just before MIPTV gives us the extra backing to know this format has real strength.”