OTT ad revenue growth to slow in 2019 | Media Analysis | Business | News | Rapid TV News
By continuing to use this site you consent to the use of cookies on your device as described in our privacy policy unless you have disabled them. You can change your cookie settings at any time but parts of our site will not function correctly without them. [Close]

OTT advertising revenue in the US is expected to grow by around 20% to $2.6 billion this year, according to the Winterberry Group – which is significantly down from a year ago. 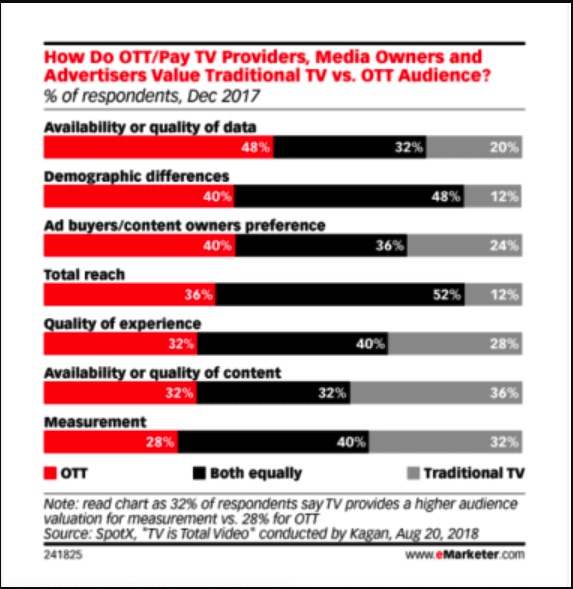 Last year the sector grew by 42.2%, according to a market report by eMarketer which added that the change could be due to a lack of clarity when it comes to measurement in the space.

“Traditional TV measurement gives advertisers and their agencies a comprehensive view of households and audience composition across hundreds of linear TV channels,” said Randy Cooke, VP of enterprise solutions at SpotX , speaking to eMarketer. “But OTT content is vastly more diverse than linear TV, and ad opportunities only exist where consumers stream content.”

And indeed, linear ad revenue is set to decline only 1% in 2019, according to Winterberry, to about $69.2 billion.

eMarketer recently said that digital ad spending in the US in 2019 will exceed traditional ad spending and by 2023 digital will surpass two-thirds of total media spending.