Súper Clásico nets major ratings for Univision | Ratings/Measurement | News | Rapid TV News
By continuing to use this site you consent to the use of cookies on your device as described in our privacy policy unless you have disabled them. You can change your cookie settings at any time but parts of our site will not function correctly without them. [Close]

Univision captured the No 2 broadcast network ranking in the US with live coverage of the Súper Clásico, putting it ahead of CBS, NBC, FOX and Telemundo for the entire night among adults 18-34. 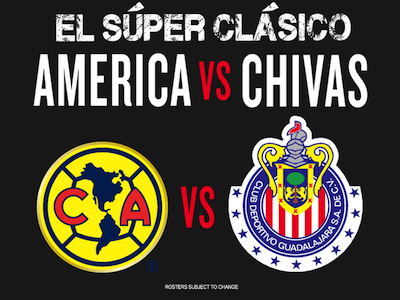 Not only did the sports event deliver double-digit audience growth to the network’s 9pm to 11pm time slot from the comparable Saturday last year, but it was also the second most-watched programme on all of broadcast television on Saturday night with both adults 18-49 and adults 18-34.

Univision finished as the fifth most-watched broadcast network during primetime, outperforming The CW for the 25th consecutive week since the start of the current 2018/2019 season with 567,000 adults 18-49 and 213,000 adults 18-34. Last week also marked the 11th consecutive week that Univision placed fifth on broadcast television in primetime with the key 18 to 49 demographic.