CJ ENM unveils variety show slate | Programming | News | Rapid TV News
By continuing to use this site you consent to the use of cookies on your device as described in our privacy policy unless you have disabled them. You can change your cookie settings at any time but parts of our site will not function correctly without them. [Close] 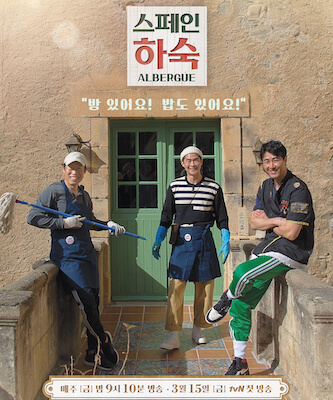 Coming up on tvN are Show Audio Jockey featuring Wonho, Kihyun, Minhyuk, and Jooheon from K-pop boyband MONSTA X and other cast as audio jockeys to show Mukbang, ASMR and others. Miss Korea where Korean celebrities well-known for their cooking skills visit the world to serve people who left Korea for various reasons but still miss its cuisine. While staying overnight in guest’s house and sharing their stories, the cast will cook authentic Korean dishes to bring taste of Korea. First episode features actress Han Go-eun and comedian Park Na-rae as lead cooks and their first trip to America.

Formed by Mnet’s K-pop competition reality series Produce 48, IZ*ONE CHU-MANITO it is the second season of the global girl group’s first ever reality show which made its debut in October 2019. Following success of first season, the new episodes are expected to highlight members’ playing secret game while experiencing life as teenagers in Korea to share cultural diversity as well as behind-the-scene footage of their comeback special.