Tubi gives a rose to the Bachelor | Deals | News | Rapid TV News
By continuing to use this site you consent to the use of cookies on your device as described in our privacy policy unless you have disabled them. You can change your cookie settings at any time but parts of our site will not function correctly without them. [Close]

Tubi gives a rose to the Bachelor 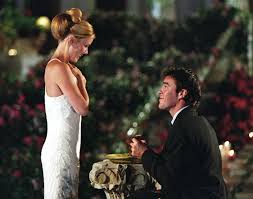 “Bachelor Nation will soon get to see how it all started when both debut seasons launch on Tubi,” said Adam Lewinson, chief content officer, Tubi. “This massive franchise strengthens our larger content partnership with Warner Bros. and marks the first of many big reality series we’re bringing to the service.”

On The Bachelor and The Bachelorette, a single and eligible bachelor/bachelorette embarks on a romantic journey, getting to know a number of beautiful paramours, gradually narrowing the field as he or she continues the search for a soul mate.

Bachelor in Paradise meanwhile brings some of the franchise’s biggest stars and villains back. Those that left The Bachelor, The Bachelorette or The Bachelor Winter Games with broken hearts get a second chance to find their soul mates.

Tubi recently announced record growth in 2018, with 4.3 times the amount of content on the service over the previous year – and in December 2018, customers streamed nearly as much content as all of 2017. The company also announced plans to reinvest profits of over nine figures into content acquisitions in 2019 to rapidly grow its already large catalogue.