Channel hopping declines as third of UK TV now streamed | IPTV | News | Rapid TV News
By continuing to use this site you consent to the use of cookies on your device as described in our privacy policy unless you have disabled them. You can change your cookie settings at any time but parts of our site will not function correctly without them. [Close]

A new study by online TV service provider netgem.tv in UK viewing habits has indicated clearly that how people’s tastes are rapidly changing with a third of all TV watched in the country now streamed. 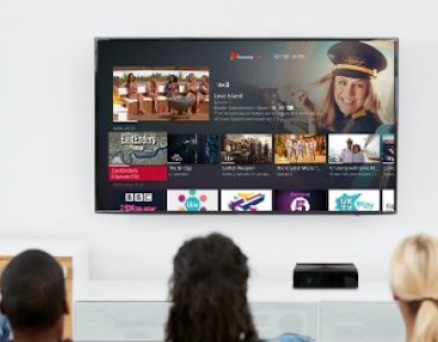 Out of the 2,000 UK adults surveyed by netgem.tv, 59% pay for one or more of the big three providers, Sky, Virgin Media or BT TV, whereas 58% have a Netflix or Amazon Prime TV account. Nearly a third of all the UK TV being watched now is streamed, with 56% of customers of Sky, Virgin or BT still streaming additional content on at least a weekly basis. This figure rises to 74% among those aged 18-34.

Yet despite the huge amounts of channels now on offer from the likes of the pay-TV firms and the traditional TV suppliers, the survey also found that the average TV viewer only watches 12 of the 215 they have in general access to. In addition, a fifth of those who pay for a TV package even admit they stream content every day on top of their subscriptions.

In the netgem.tv survey, just over three-fifths of the Sky, Virgin or BT customers polled (62%), said their package was ‘only slightly’ or ‘not at all’ customised. Only just over a tenth have a package that is highly customised for their household viewing habits while a third (32%) of those surveyed with an account with Sky, Virgin Media or BT TV, believe that their paid-for TV package is poor or terrible value for money. In a further show of dissatisfaction with traditional packages, a fifth (21%) of people who pay for a traditional TV package admit that they stream extra content not on those channels every day.

“The findings show the extent to which the dominance of the traditional pay-TV providers has been disrupted by cheaper ‘pick and play’ online services,” commented netgem.tv managing director Sylvain Thevenot. “

“The advent of free & affordable, streaming services poses the question – why would anyone pay for expensive TV bundles which cater for one taste? Perhaps people used to make more of the TV channels they were buying, but now our evidence shows that most people only watch a fraction available to them – and therefore are paying for channels they are not using. People are paying too much for TV which doesn’t cater to their taste – and I’m sure we will see a day in the future when we turn around and say ‘can you remember when we paid £70 a month just to watch TV?’ With digital, on-demand offerings ...The days of channel hopping are well and truly over.”
Tweet